Tony Finau has plenty of reason to celebrate. Sunday night, hundreds of people created a celebration for him.

Two weeks ago, Finau captured the 3M Open in Blaine, Minnesota, for his third career PGA Tour victory. Sunday in Detroit, Finau followed that up with yet another victory at the Rocket Mortgage Classic.

He became the first player since Patrick Cantlay last year to win consecutive weeks on the PGA Tour.

Finau’s wife, Alayna, posted on her TikTok account a video with a collection of photos of his arrival and the celebration on the airport tarmac, and it was a party. Finau is seen celebrating with hundreds of people, many who made signs. He is even dancing with the trophy from his triumph in Detroit in many of the photos. Alayna also shared a couple celebration videos on her Instagram account.

Finau got emotional during his TV interview following his win Sunday when speaking about how important his family is. This video shows just how important Finau is to those around him. 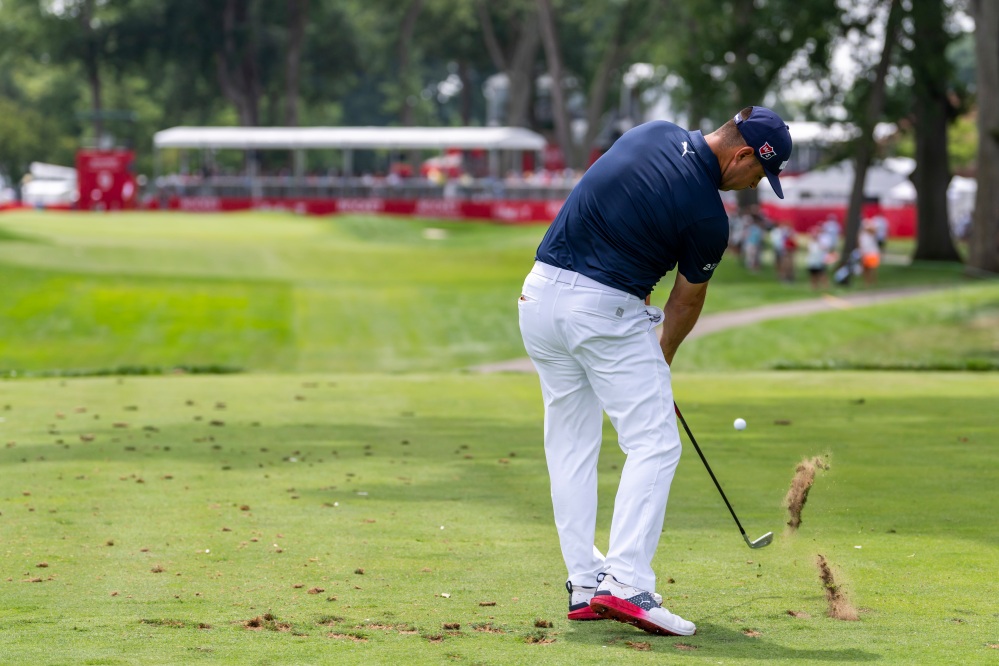 Katelynn Monteiro Returns to Coach for the Scorpions Volleyball Club

Serena Williams: ‘Almost the end of an era’ with American icon set to retire

Anthony Davis said that he was approaching this season with the Los Angeles Lakers with an underdog...