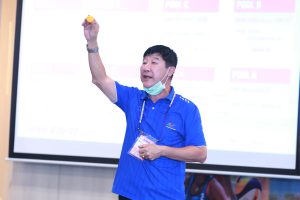 A total of 22 teams from 12 countries will strut their stuff in the inaugural event from September 10 to 12 to vie for top honour and Asian points. The participating countries consist of Japan, China, Australia, New Zealand, Vanuatu, Singapore, Philippines, Vietnam, Hong Kong China, Chinese Taipei, Malaysia and hosts Thailand. 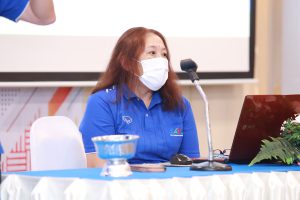 All teams kick off their campaign in this three-day event in the main draw, divided into eight pools (Pools A, B, C, D, E, F, G, H) to contest the pool round-robin preliminaries on Saturday, September 10. Only top two teams from each pool will advance to the single elimination round or the round of last 16 on Sunday morning, while winning teams will make it through to the afternoon’s quarterfinals. The semifinals, bronze-medal and gold-medal matches will take place on Monday, September 12. According to the seedings in the main draw, THA1 Worapeerachayakorn/Tarawadee, who captured the Asian title on home soil last year in Phuket, are top seeds and competing in Pool A with 16th-seeds PHI2 Floremel Rodriguez/Genesa Jane Eslapor and 17th-seeds VIE Nguyen Lan Vu Ngoc/Nguyen Le Thi Tuong Vy. 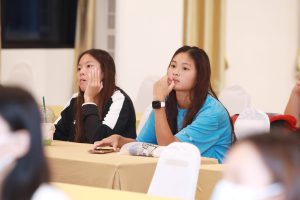 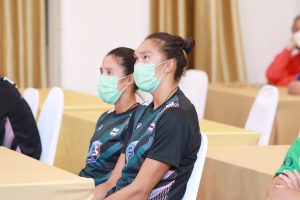 Ahead of the official kickoff on Saturday, Technical Delegate Kritsada Panaseri from Thailand and Referee Delegate Mariko Satomi from Japan jointly presided over the Friday’s General Technical Meeting to conduct the drawing of lots, with all participating teams attending to hear the rules and regulations as well as relevant information. 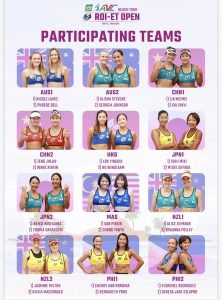 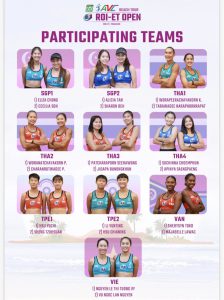 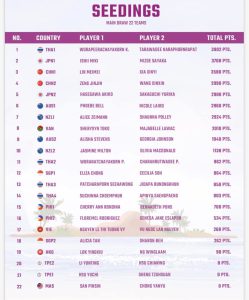 I've been working with a racket manufacturer, just tinkering with racket design. After some brain storming, dialogue...