It’s not just on the boundaries that you can face out of bounds – they can frame holes on the course too. But are the posts always untouchable? Our Rules of Golf guru takes a look

I’m not a big fan of internal out of bounds. I know why they are there – it’s often for safety and that’s always paramount – but it always feels to me that they just add to the confusion for golfers. In a game that’s got plenty of complications, why have more?

“I also believe that now if I did remove the post when OOB is in play but put it back before playing the shot there is no penalty, is that correct?”

That’s a lot of questions, Neil! But I think I can help you with all of them… 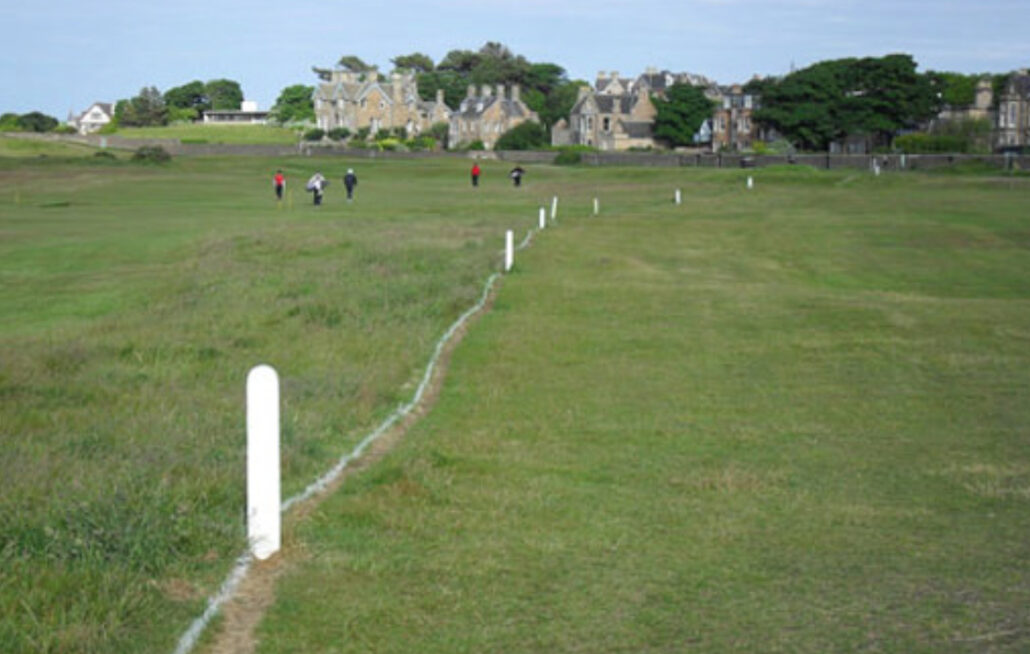 Rules of Golf explained: Can I move internal out of bounds markers?

Out of bounds stakes are boundary objects and you can’t move them or get free relief from them. If you do shift them, and then hit your shot, add two penalty strokes to your score.

Neil is also right that if you have made that unfortunate faux pas, Rule 8.1c (1) does allow you to replace the boundary object that had been removed, or put it back into its original position, to restore the original conditions and escape any penalty.

Be warned, though. You’ve got to use both the original stake – don’t go trying to replace it with another, you won’t get away with it.

But what about if it’s internal out of bounds? You can’t move the markers when you’re playing the hole that it applies to, but what happens if they get in the way while you’re playing a hole where OOB isn’t in force?

Model Local Rule A-4 comes up trumps here. It tells committees to specify the hole, the specific location, and then define it as out of bounds.

And it reveals that while those stakes are boundary objects during the play of that specific hole, they are “immovable obstructions” for all other holes.

So, while the answer to Neil’s question is still, ‘no, you can’t move them’ – they are immovable after all – you would be able to claim free relief from them as an abnormal course condition using Rule 16.1.

That would allow you to find the nearest point of complete relief, and drop in a one-club relief area, for interference from lie, stance, or area of intended swing. But not line of play. If it’s just distracting you, put it out of your mind and carry on.

Have a question for our Rules of Golf expert?

Despite the simplification of the Rules of Golf at the beginning of 2019, there are still some that leave us scratching our heads. And as I’ve passed the R&A’s Level 3 rules exam with distinction, I’ll try to help by featuring the best in this column.

looking for pc software to manage queing at our club

Are you talking about putting 15 monitors, one at each cout, or just one monitor at a...

Effectively Wild Episode 1908: A Movie Script Ending (to the Season)?