After Roger Federer, unquestionably one of the greatest tennis players ever, announced Thursday his plans to retire following the Laver Cup tournament in London this month, the tributes poured in.

“Tennis has treated me more generiously than I would have dreamt, and now I must recognize when it is time to end my competitive career,” Federer said in his retirement announcement on Twitter. “I will play more tennis in the future, of course, but just not in Grand Slams or on the tour.”

Tennis fans everywhere were saddened by the living legend’s imminent departure from the sport he changed while helping usher in an incredible age of men’s professional tennis, alongside Rafael Nadal and Novak Djokovic. But they also celebrated his accolade-filled career, which includes 20 Grand Slam victories.

Federer’s peers in the tennis world also paid tribute to one of the greatest to ever play, but one player’s reaction to the retirement news stands out. On Twitter, Nadal wrote a touching message to exiting Federer, calling it “an honor and privilege to share all these years with” him.

We will have many more moments to share together in the future, there are still lots of things to do together, we know that.
For now, I truly wish you all the happiness with your wife, Mirka, your kids, your family and enjoy what’s ahead of you. I’ll see you in London @LaverCup

Nadal — who currently has the men’s all-time Grand Slam wins record at 22 — wrote:

Dear Roger,my friend and rival.
I wish this day would have never come. It’s a sad day for me personally and for sports around the world.
It’s been a pleasure but also an honor and privilege to share all these years with you, living so many amazing moments on and off the court 👇🏻

We will have many more moments to share together in the future, there are still lots of things to do together, we know that.
For now, I truly wish you all the happiness with your wife, Mirka, your kids, your family and enjoy what’s ahead of you. I’ll see you in London
@LaverCup

On the court, these two shared more than moments; they delivered epic and unforgettable battles, often in Grand Slam finals. Three of Federer’s 20 major titles were won against Nadal, so with that in mind, here’s a look back at some special matches and moments between these two superstars. 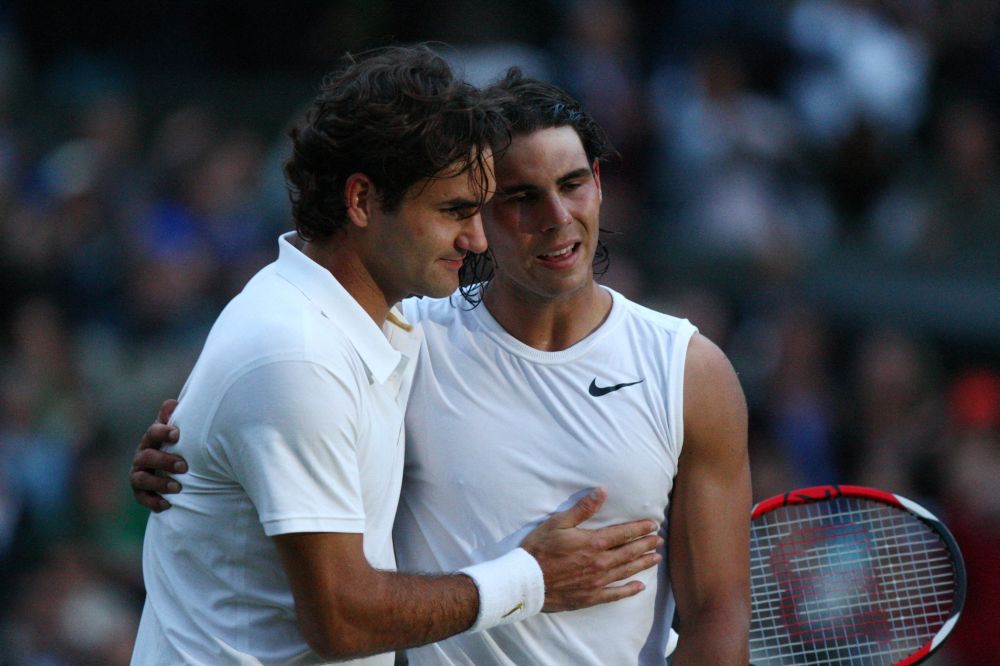 In this file photo taken on July 6, 2008 Spain’s Rafael Nadal (R) is congratulated by Switzerland’s Roger Federer after winning their final tennis match of the 2008 Wimbledon championships against at The All England Tennis Club in southwest London, on July 6, 2008. Nadal downed Roger Federer 6-4, 6-4, 6-7 (5/7), 6-7 (8/10), 9-7 in a match which stretched over almost seven hours due to rain delays and ended in near darkness. Photo by RYAN PIERSE/POOL/AFP via Getty Images 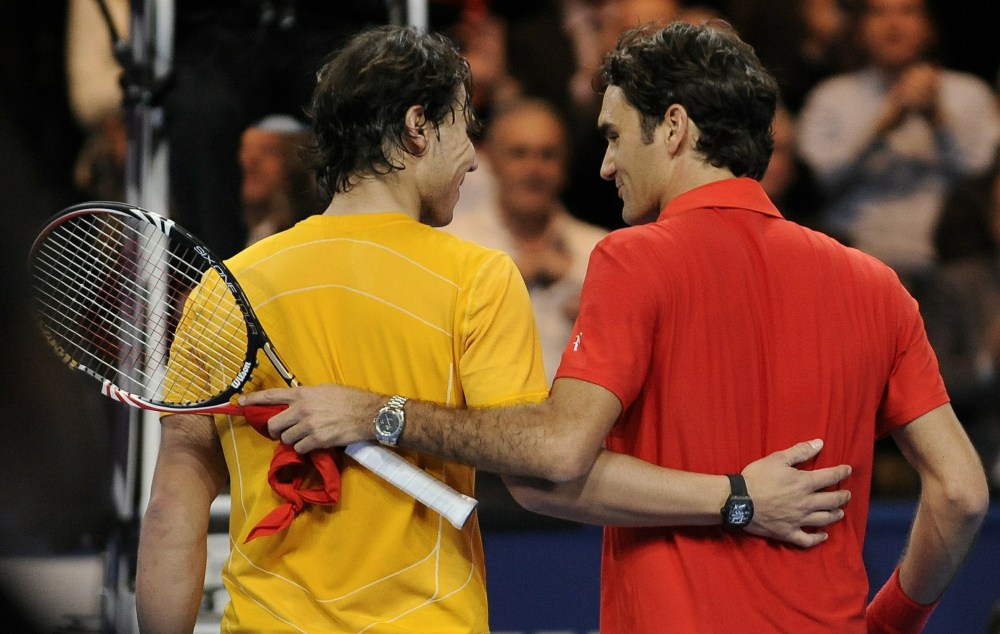 Spain’s Rafael Nadal (L) speaks with Switzerland’s Roger Federer after their charity tennis game on December 21, 2010 in Zurich. “The Match for Africa” is organized to raise money for the Roger Federer Foundation which supports sporting activities for underprivileged children in Africa and in Switzerland. (AFP PHOTO / FABRICE COFFRINI)

MALAGA, Spain (AP) — Italy beat the United States in a doubles decider Thursday to advance to...