So far the unreleased Nike Zoom Freak 4 has opted for stand-out graphics and hues that fills the lateral reverse swoosh such as the pair of animal print graphics that appeared on the “University Red” and “Action Grape” renditions. The latest proposition however airs on the neutral side of the spectrum with mid-tones dominating the low-cut model.

Disparate from its predecessors the swoosh enjoys a rippled faint grey ensemble with light black speckling that animates amidst the encasement of the black midsole. The upper panels additionally forgo any flair with a sleek combination of black and “Light Smoke Grey” collecting on the mesh vamp, quarter and foxing while the medial side swoosh is stitched in a medley of grey and white. White branding on the tongue and back tabs pop with further flair being attributed to the marbled outsole and light blue stamping on the insoles.

Enjoy official images of the sleek “Light Smoke Grey” option of the Zoom Freak 4 while we anticipate a full family size release on Nike.com before the end of the year.

In other hoops related news, the adidas Adizero Rose 1.5 recently received a Restomod. 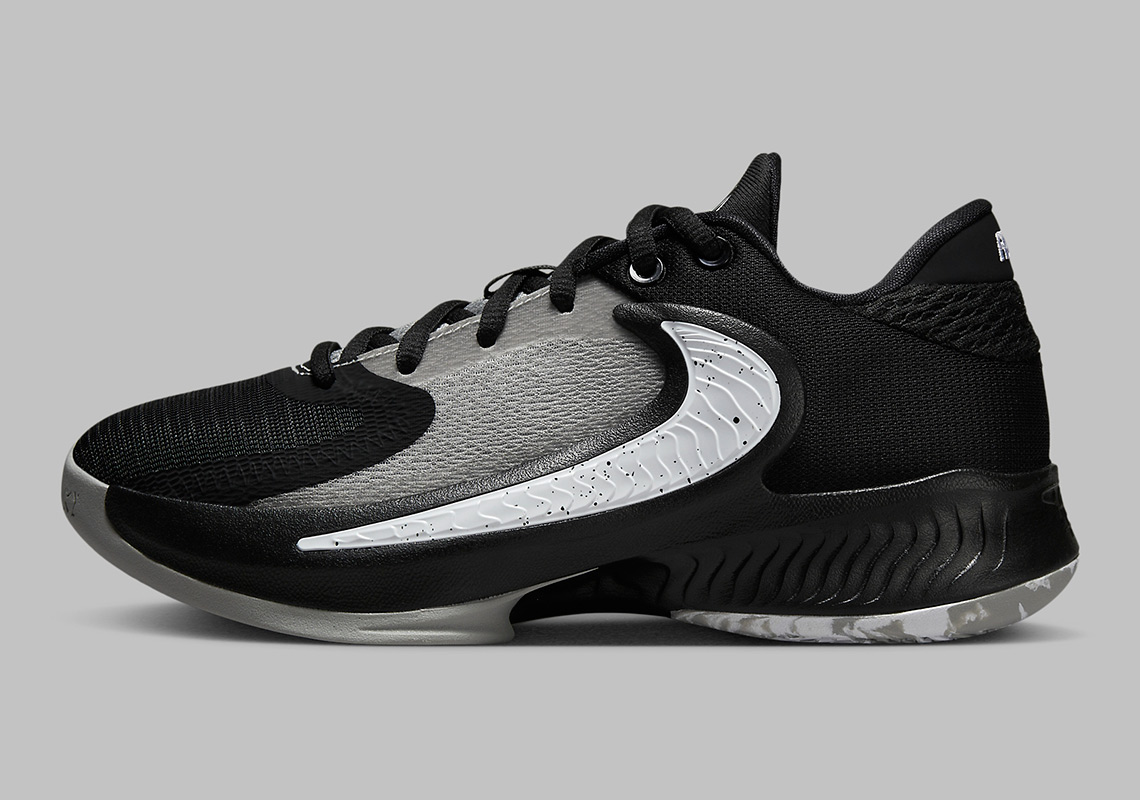 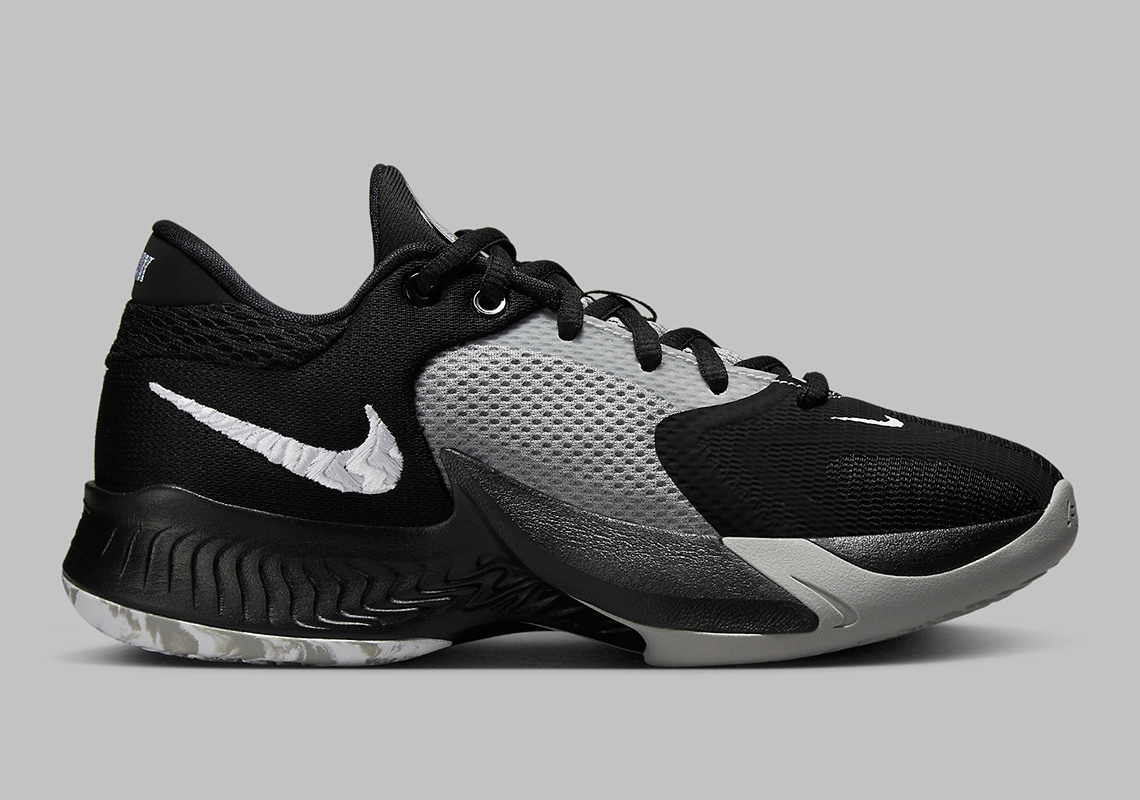 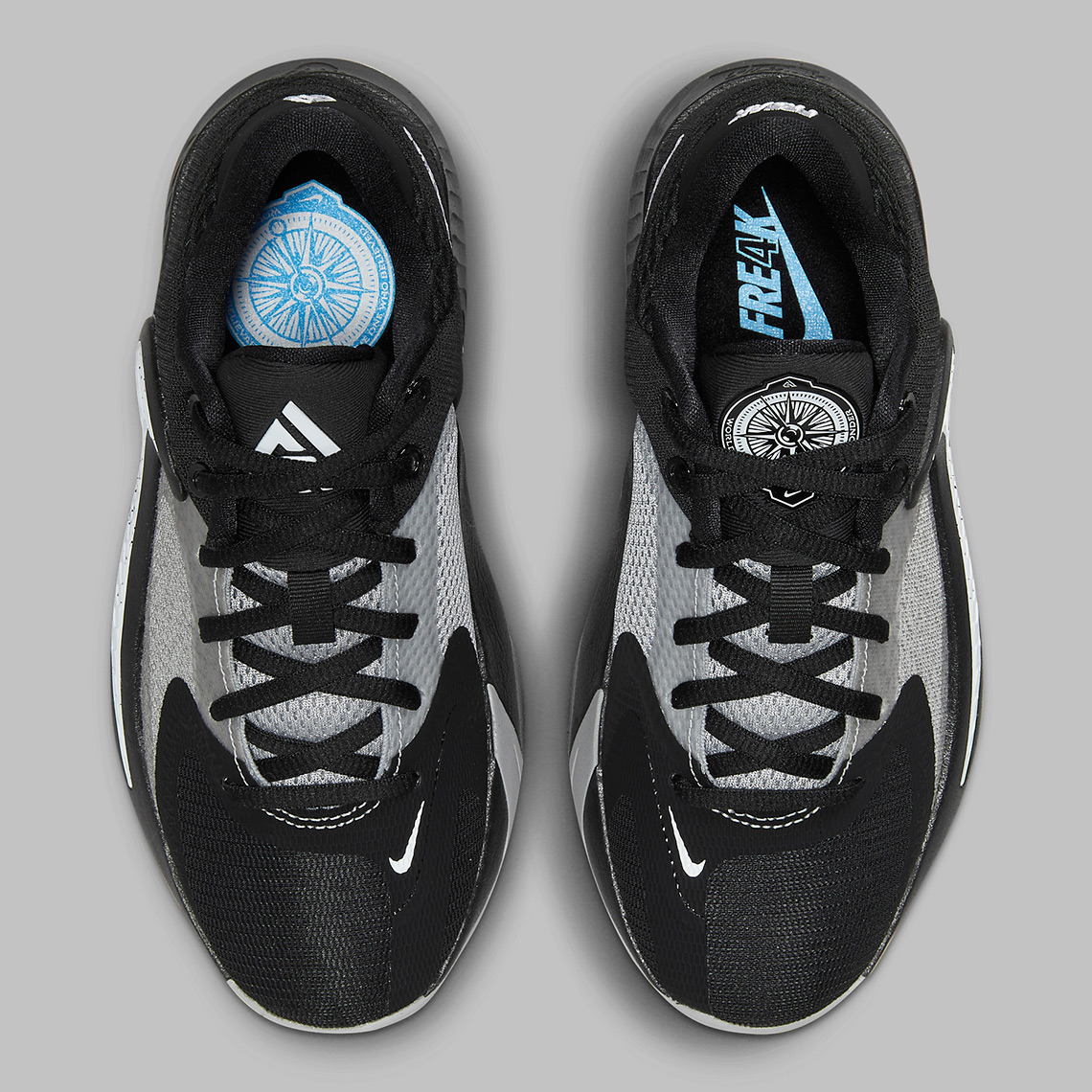 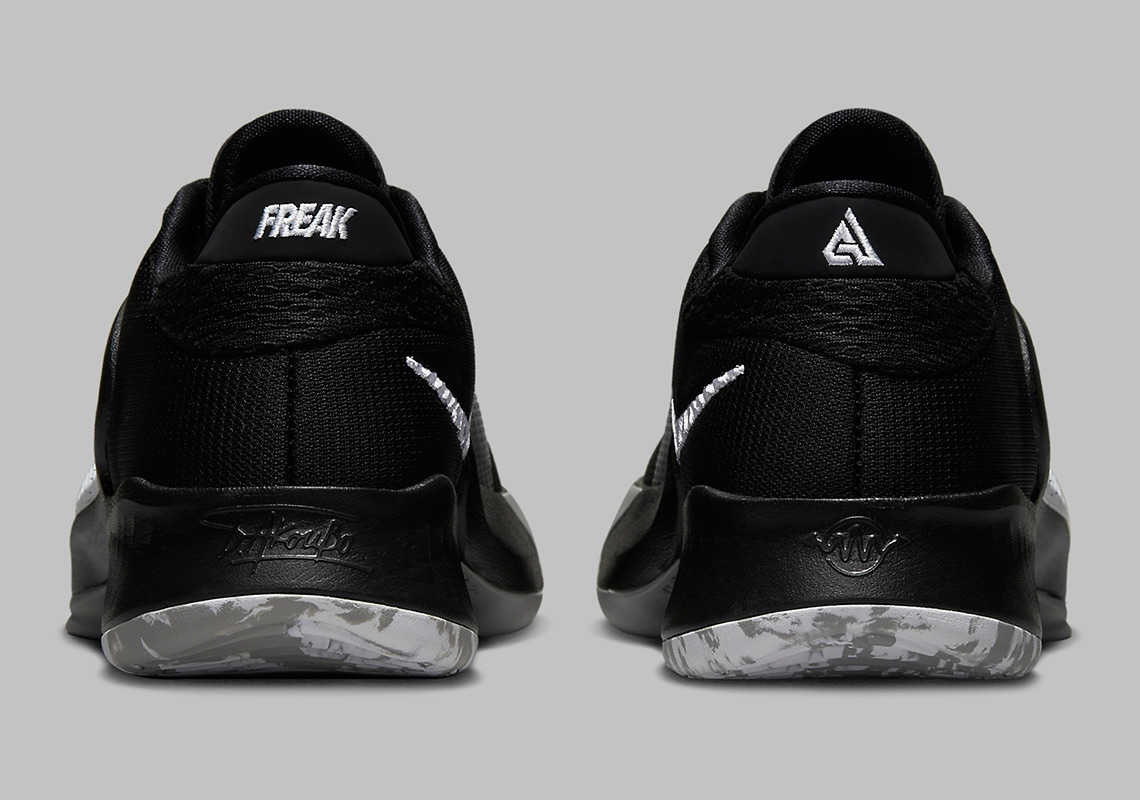 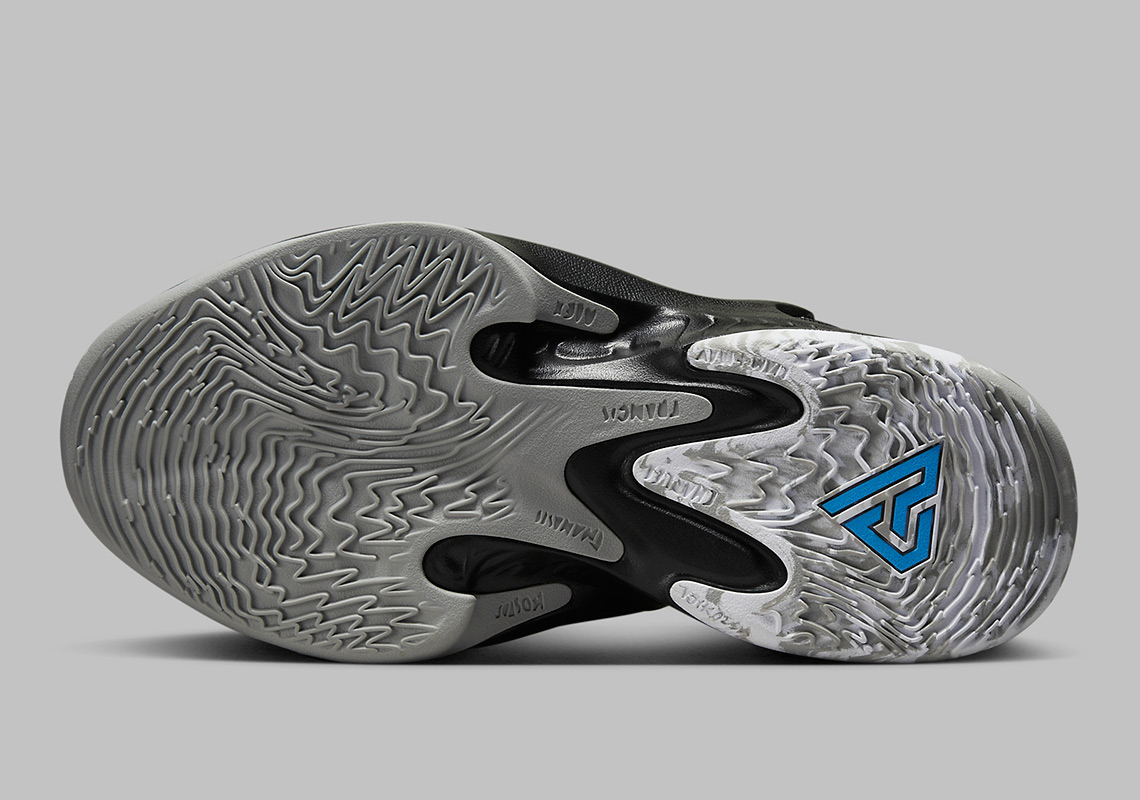 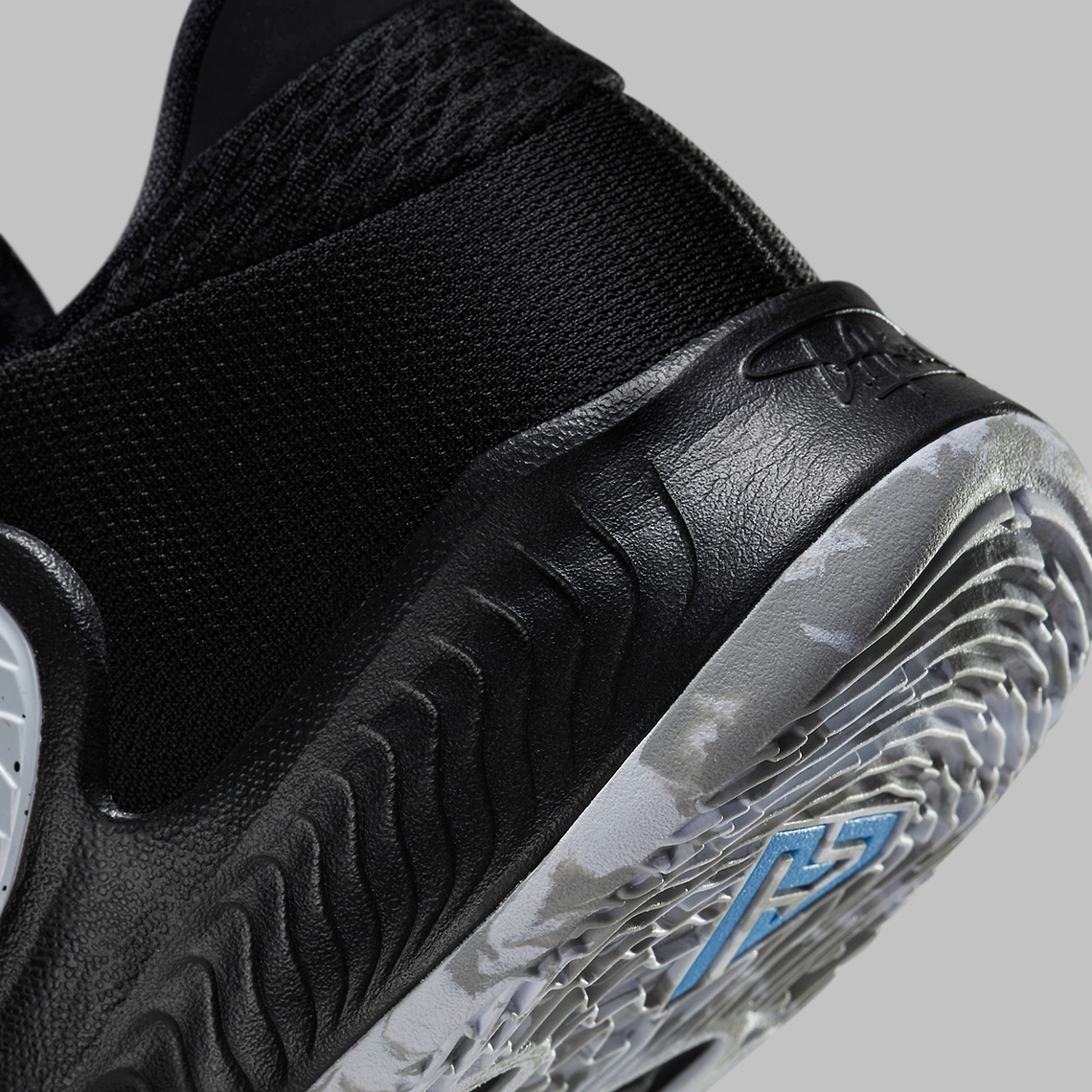 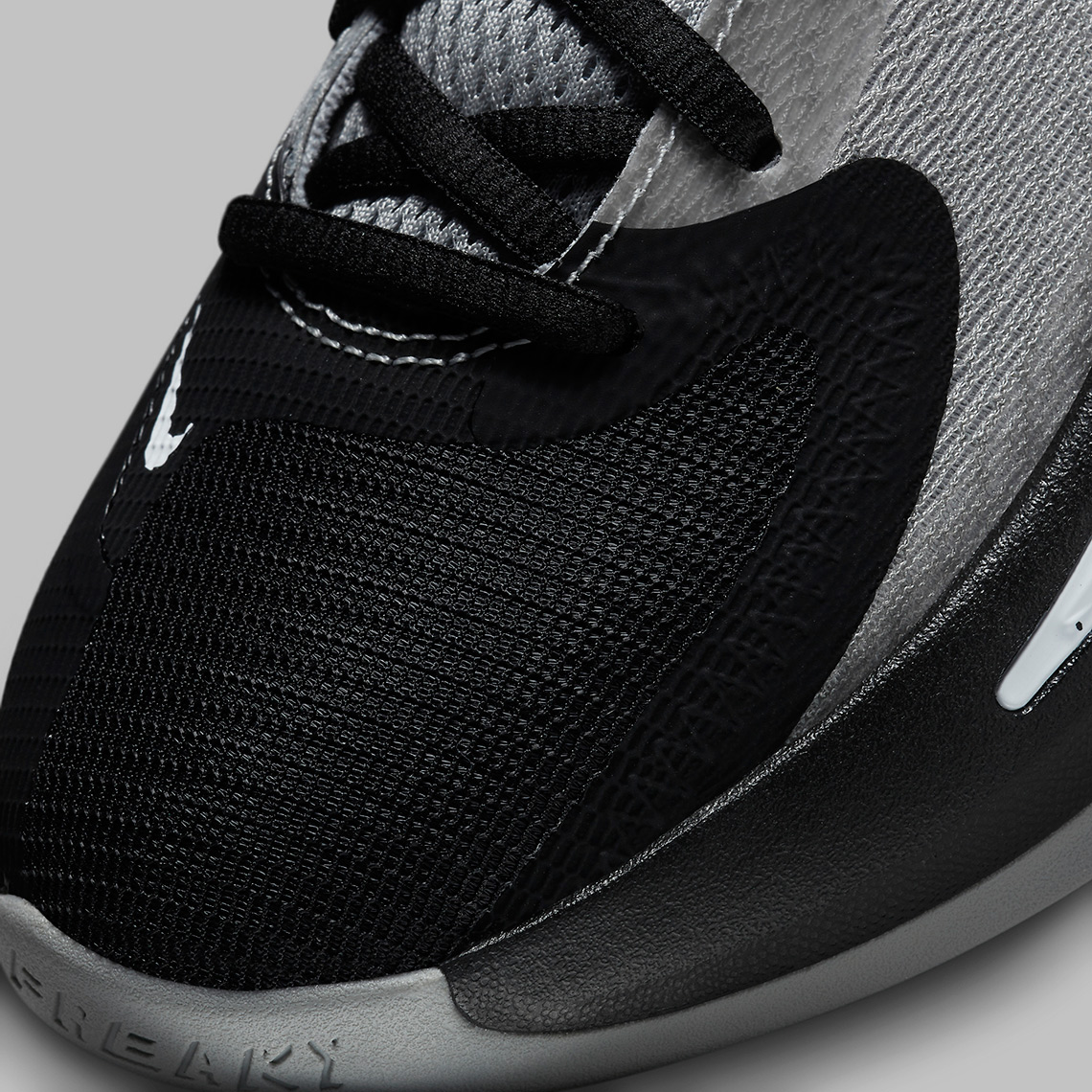