This upcoming season, LeBron James will officially close out two decades in the NBA — a mighty run that will likely include his surpassing of Kareem Abdul-Jabbar for the most points scored in the history of the league. Joining him this quest will be his twentieth signature shoe with the brand, one that fully departs from the highly technical, borderline-complicated designs of his previous signature models.

The Nike LeBron 20 was first revealed on the feet of the King himself during his various off-season basketball side-quests. Already seen in an all-black and all-pink look, the LeBron XX now surfaces in the upcoming “Violet Frost” edition that sees paisley bandana patterns screened onto the forefoot of the midsole. Metallic gold accents cover the Swoosh as well as the piping of the collar, while hits of a crimson make an appearance on the eyelets themselves.

Curiously enough, Finish Line inadvertently released the LeBron 20 “Violet Frost” ahead of schedule. These are tentatively penciled in for an October 15th release, but a full official schedule of drops will likely come soon as the brand gears up for the shoe’s official announcement in the coming weeks.

In other basketball news, LaMelo Ball’s PUMA MB02 has recently been revealed. 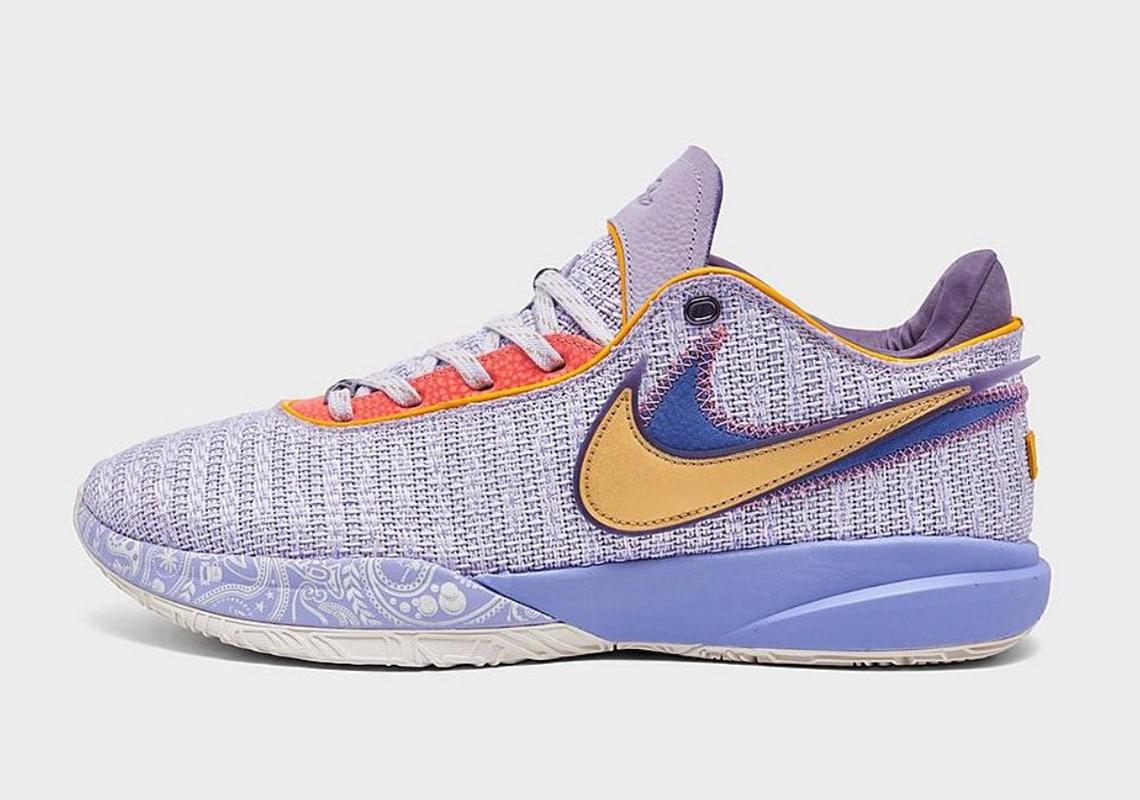 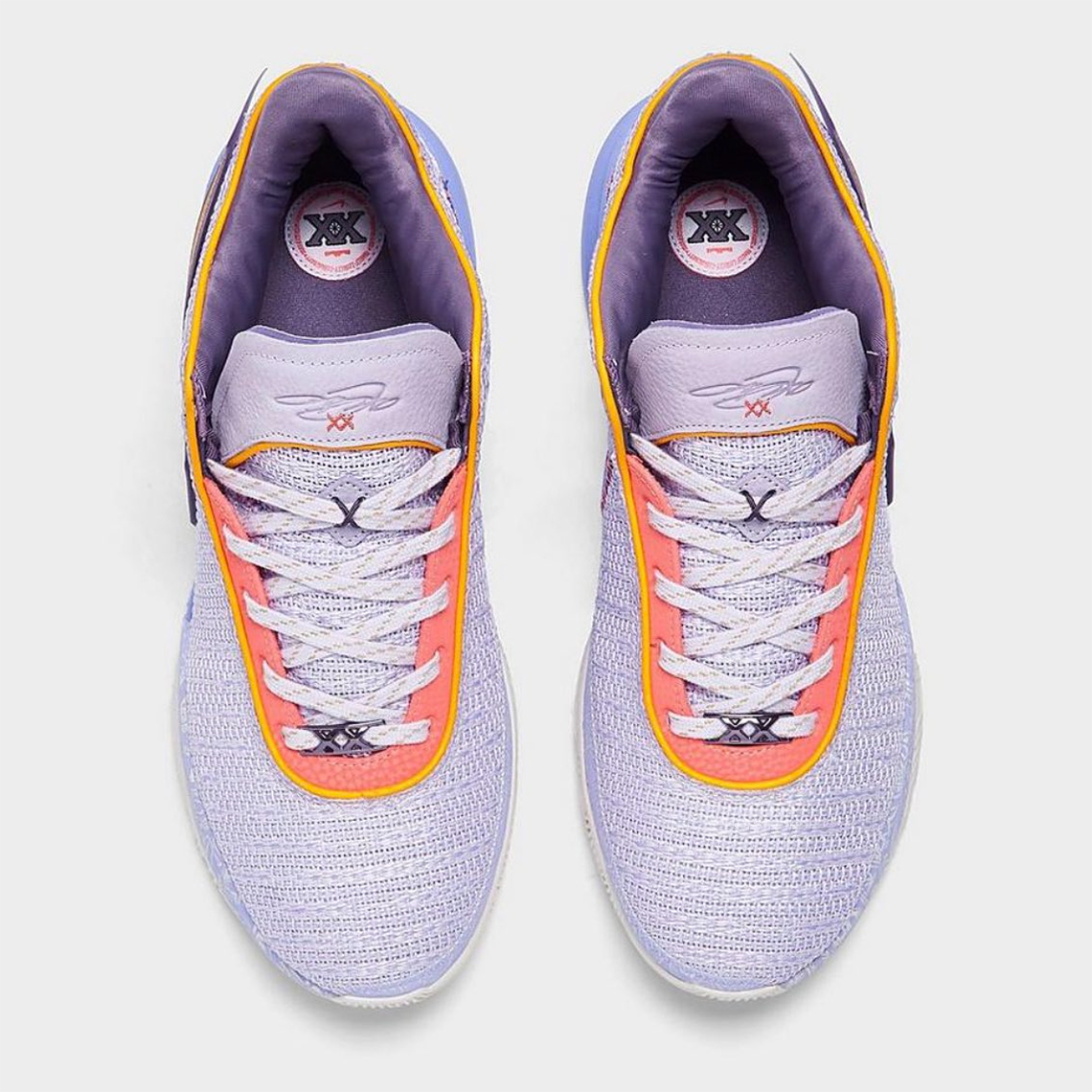 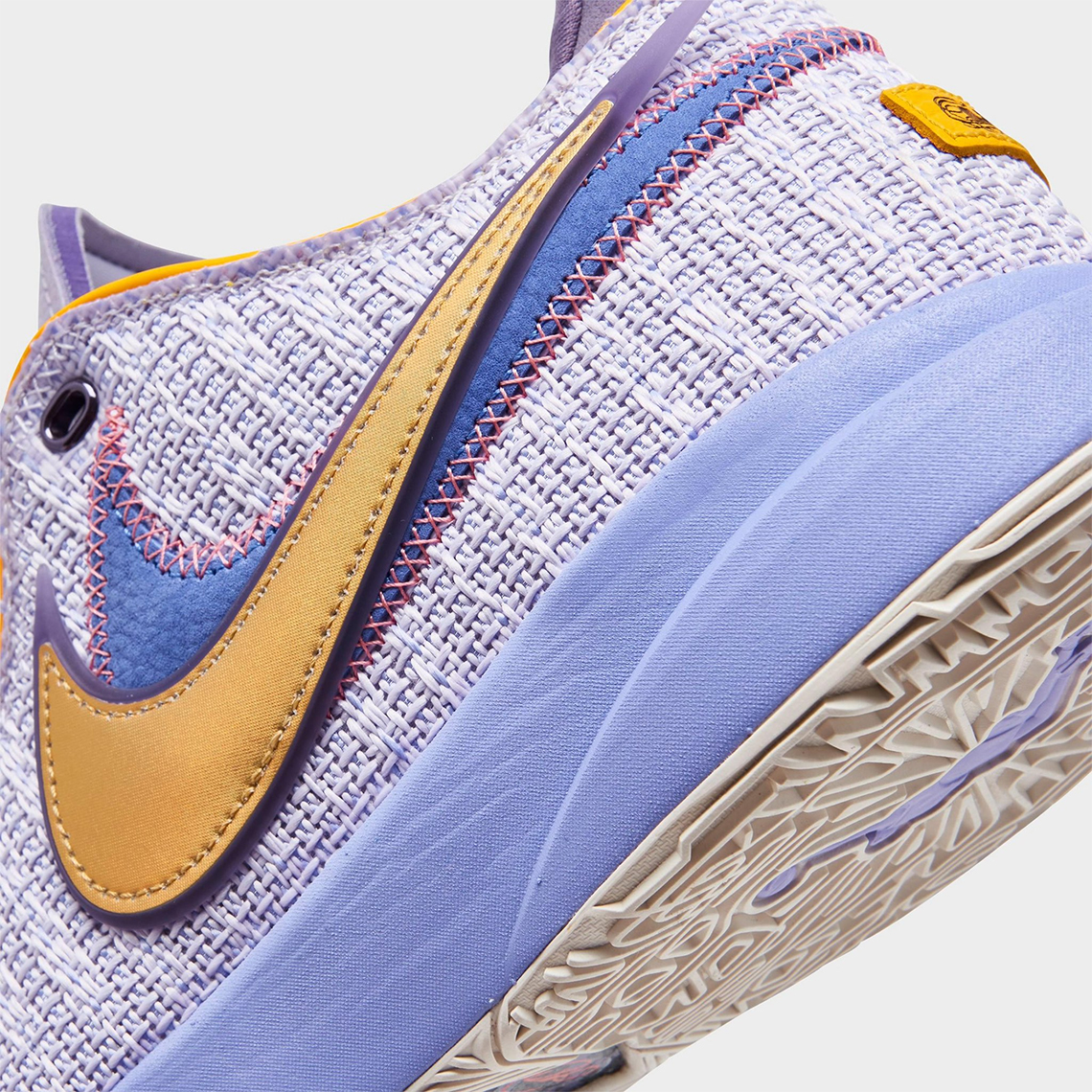 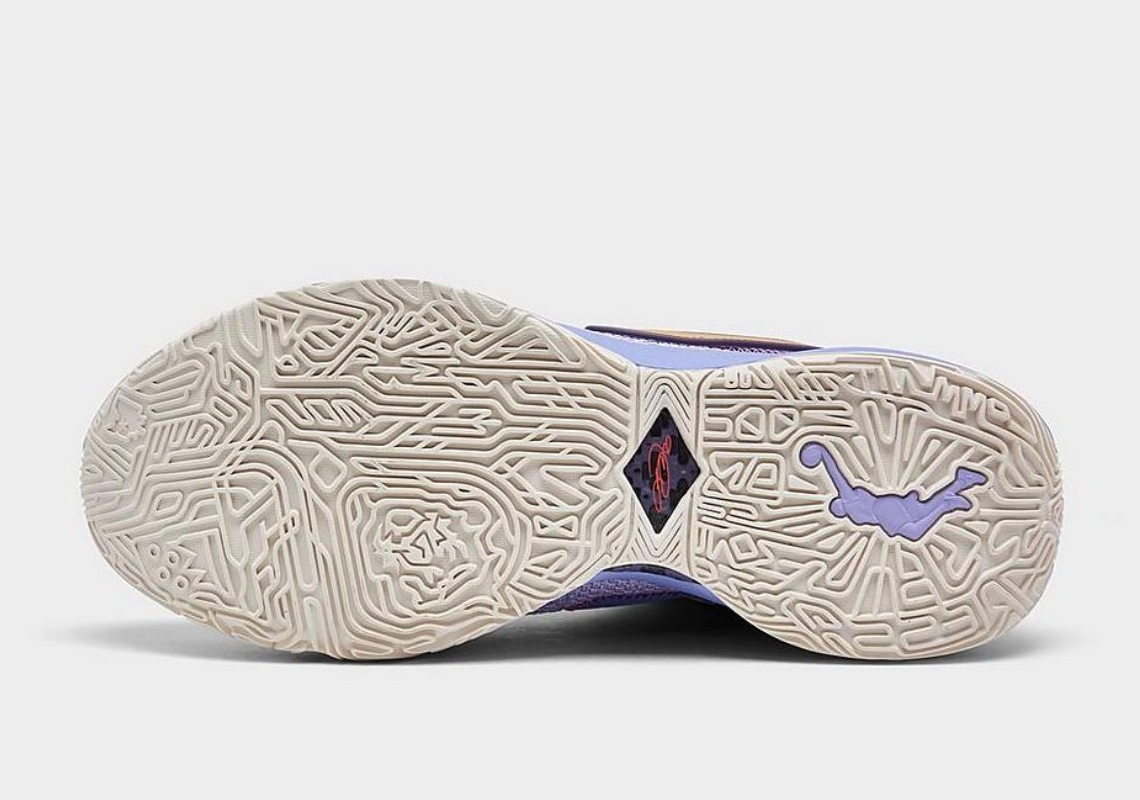 Mark Cuban Isn’t Against In-Season Tournament, Would Like To See NBA Draft Expanded