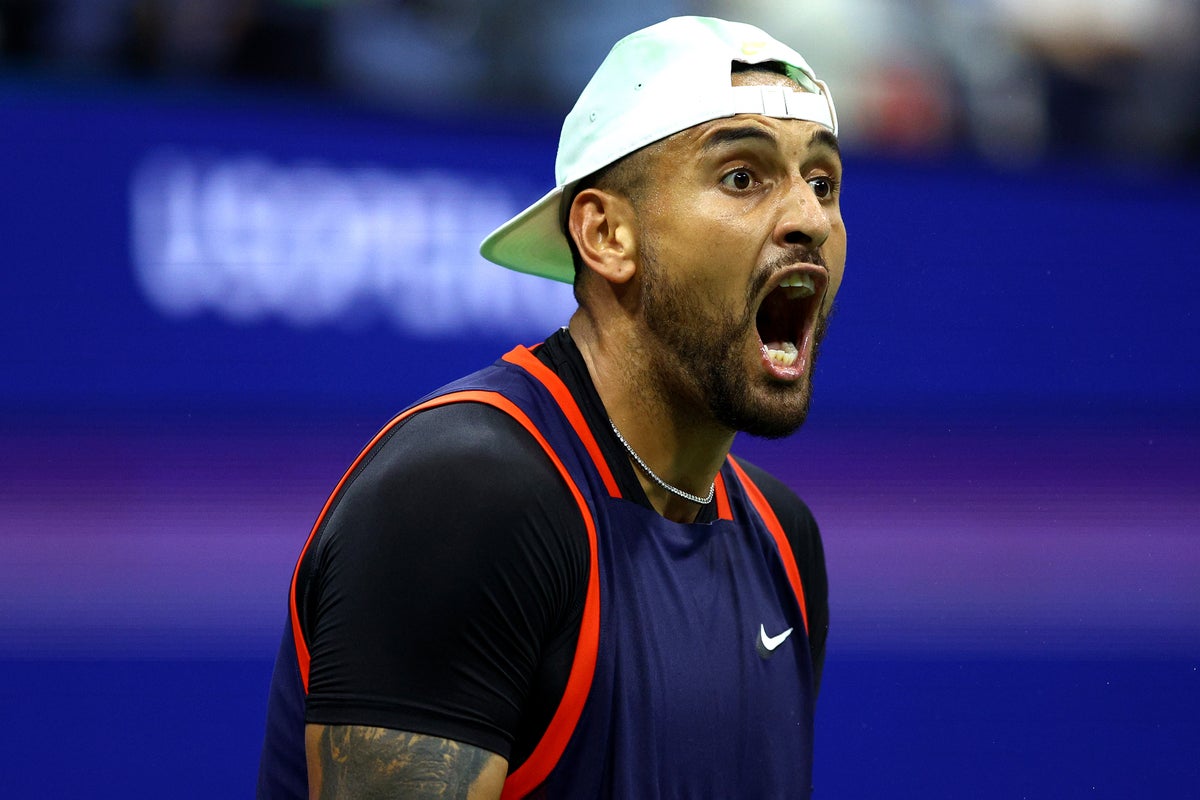 ick Kyrgios smashed up two rackets after missing out on his bid for a first Grand Slam title with a shock US Open loss to Karen Khachanov.

The Wimbledon runner-up had been earmarked among the tournament favourites after sweeping aside defending champion Daniil Medvedev in the preceding round.

It was initially a match devoid of any great atmosphere as a relatively muted Kyrgios needed treatmet on his knee after losing the first set. He complained, “I can’t walk without pain” and later screamed at his box, “I don’t want to f****** play through this s***”.

It appeared to have the desired effect and he hit back to level the match only for Khachanov to take the third. Again, Kyrgios reacted angrily, smashing a water bottle in frustration, which sparked him into life and he won a fourth-set tiebreak to take the match to a decider.

Kyrgios will be left to rue his missed opportunities, of which there were plenty. He converted just two of nine break point chances while Khachanov took four of a possible eight break points, most crucially in the opening service game of the fifth set.

His opponent threw everything at him to try to break back but could not find the opportunity, leaving Kyrgios to vent his frustration on his two rackets. Khachanov now faces Casper Ruud for a place in a first Grand Slam final for either man.

“I did it, I did it,” said Khachanov, who had been forced to miss the last Grand Slam at Wimbledon following the ban on Russian players. “I’m really proud of myself, I was focused from the beginning to the end. It was a crazy match but I came ready to fight and to play five sets.”

From the JVA Office: The Benefit of Budgeting for Coach Expenses