NHL Rumors: Tanner Jeannot, and Some of the Remaining Unrestricted Free Agents 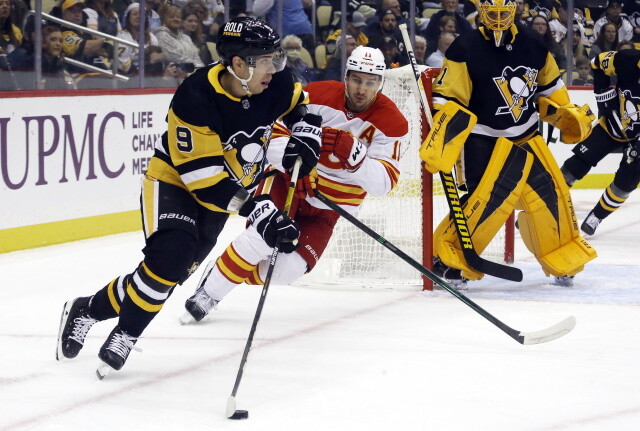 Alex Daugherty of A to Z Sports: Nashville Predators Tanner Jeannot has a year left on his deal at $800,000.  If he puts up another 24-goal season and his play doesn’t drop off, he could be looking for a deal over $3 million next offseason.

Some of the remaining NHL unrestricted free agents

Greg Wyshynski of ESPN: There are some free agents who are waiting for teams to address their salary cap situation – ie. by LTIR. Some will head to camps on PTOs, and some are waiting for the right fit.

One agent said the salary cap has shifted the market and many teams are looking to lose this season.

“You have a weird situation where you have 16 or 17 teams that want to lose and you’ve got the rest that want to win. The cap has incentivized losing in a way: ‘Hey, if I’m not going to make the playoffs, I could do better by selling my cap space.’”

P.K. Subban – His agent has said he’s earned the right to be selective and that there has been interest but those teams can’t offer a contract at the moment.

Evan Rodrigues – His agent said that he’s spoken with seven or eight teams. Two or three of those teams would be fits but they have cap issues. The Pittsburgh Penguins are one of the teams. Agent Darren Ferris said the Calgary Flames “may be in that conversation as well.” Rodrigues could sign a one-year prove-it contract.

Keith Yandle – He hasn’t made a decision to not play next season according to his agent Jerry Buckley, who is talking to teams. Buckley doesn’t think Yandle would take a PTO.

Joe Thornton – His wife posted on Instagram that he won’t be back with the Panthers next season.

Sonny Milano – Could return to the Anaheim Ducks who didn’t qualify him but he’s getting some interest. One source said that there are a lot of teams interested.

Danny DeKeyser – Hired a new agent a few weeks ago. Interest lately has been good and should have a deal before camps open. Could be in the $1 million range as he looks to re-establish himself.

Zdeno Chara – Speculation has him possibly having played his last NHL game.