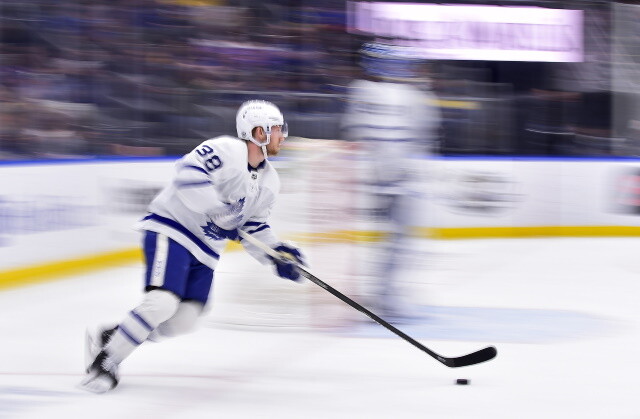 Ivany was a 2018 fourth-round pick of the Philadelphia Flyers and wasn’t signed by deadline earlier this week. He was down the Flyers depth chart and they are close to the max number of contracts teams are allowed to have.

The Penguins didn’t sign 2017 third-round pick Clayton Phillips but it is possible they make him an offer to attend camp next month.

Jimmy Murphy of Boston Hockey Now: Boston Bruins forward Craig Smith has been available all summer. The Bruins have held recent trade talks with a team.

A source said that the Bruins were presented with a trade offer for Smith but the sides weren’t able to reach a deal and talks were put on hold.

Smith has a year left at a $3.1 million salary cap hit. The Bruins are $2.2 million over the salary cap ceiling.

Forward Nick Foligno has also come up in the trade rumors.

When asked why they are at a standstill, Gross said:

“I can’t answer that. You know, I don’t usually say much (publicly) anyway. But they’re just going nowhere right now.”

“Negotiating contracts via the media have an adverse impact on player (and) team reputation and traditionally do not create resolutions to private matters.”

Dollars, term, and Sandin’s role on the Maple Leafs blueline are factors in why no deal has been reached.

It’s believed that the Maple Leafs had offered a two-year, $2.8 million bridge deal to Sandin, the same deal that Timothy Liljegren signed. The Leafs don’t have the cap space to give Sandin a raise and they’d need to move a body out.

Need suggestions about my setup.