NHL Rumors: Pierre-Luc Dubois didn’t ask for a trade, nor is he Trying to force his way to Montreal 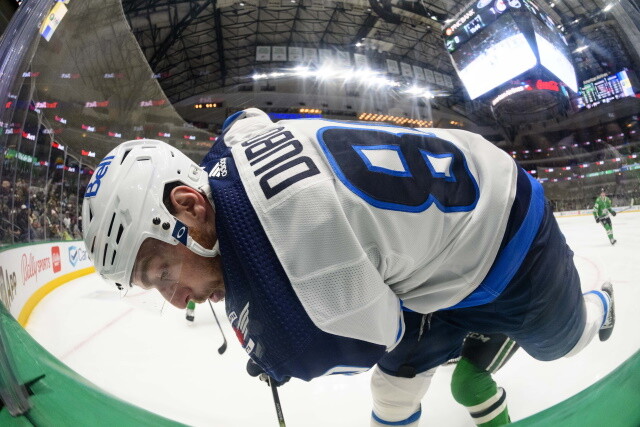 Scott Billeck of the Winnipeg Sun: Don’t expect Pierre-Luc Dubois to make a long-term decision any time soon. Dubois signed his $6 million qualifying offer with the Winnipeg Jets last week. There has been speculation that he’d like to play for the Montreal Canadiens. Dubois on a Zoom call yesterday.

Dubois on his agent, Pat Brisson, saying that he’d like to play for his hometown Canadiens one day.

“People can read into it what they want. To be honest, I didn’t think anything too much of it. What’s said sometimes and what actually happens and what’s actually being said in these meetings can be taken out of context and that’s how I see it. I just thought it was overblown, the reaction, and I think some people just ran with the two seconds that they liked or didn’t like to hear.”

Dubois will be an RFA after next season and then UFA eligible after that. Dubois isn’t rushing into any decision where he wants to sign long-term. The Jets could convince him to stay, or they could trade him at some point.

Speculation will only be more next offseason, but for now, Dubois has bided some time.

Ken Wiebi of Sportsnet: Pierre-Luc Dubois didn’t say whether or not he’s looking to test free agency in 2024.

There will be plenty of talk to trade him immediately if he won’t commit long-term to Winnipeg. But at 24 years old, he’s not sure and won’t rush it.

Agent Pat Brisson made the Montreal Canadiens comments when he was able to talk to teams as he hadn’t accepted his qualifying offer yet (and was offer sheet eligible). Dubois said he trusts his agent is acting in his best interests.

Dubois adds that if you ask any player if they’d like to play for their hometown/home state one day, many would likely say they would. It can happen or it doesn’t.

The Jets aren’t in a position to lose him for nothing after the 2023-24 season.

10 questions for the FIH