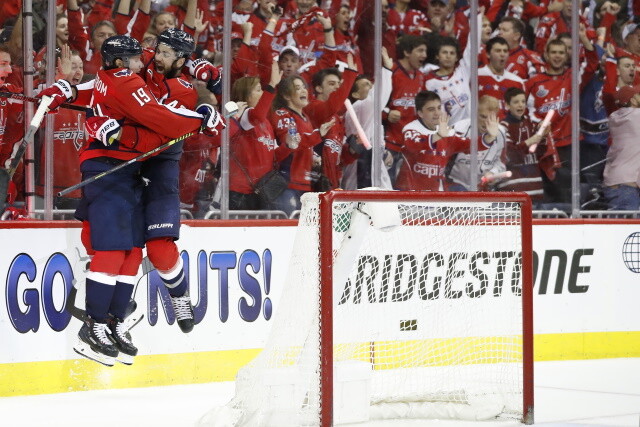 David Pagnotta: The Vegas Golden Knights announced that goaltender Laurent Brossoit will miss training camp because of an injury.

TFP reported last month that it was believed that he’d be out until November.

Cap Friendly: The Vegas Golden Knights have activated Reilly Smith and Brett Howden off the IR.

The Oilers have re-signed Ryan McLeod

Ryan Rishaug: The Edmonton Oilers have re-signed forward Ryan McLeod to a one-year, $798,000 contract. The Oilers didn’t have a lot of salary cap space to work and McLeod didn’t have much leverage.

Harvey Valentine of NHL.com: Washington Capitals forward Nicklas Backstrom continues to rehab after having his left hip resurfaced, with no timeframe on his return.

“I’m going to start off by saying I’m pain free,” the center said Thursday, the first day of training camp. “No more pain that I had before. I’m feeling good. I’m in the gym working out, doing my rehab. So far, so good. I’m very optimistic that I’m going to play before the season ends.”

Capitals forward Tim Wilson had reconstructive ACL surgery on his left knee last May 24th. He won’t be ready for the start of the season but is progressing well.

“I feel good,” Wilson said. “I feel like I’ve kind of been ahead of schedule per se since Day One, but that doesn’t mean much unfortunately. Obviously, I want to be as good as I can every day, but you’ve still got to wait.”

The initial recovery time for Wilson was six to eight months.

NHL.com: A look at all the players who are in training camps and are on PTOs.

AVIA Is Back With 880 And 830 Basketball Sneakers

What the expanded playoff means for the future of college football

Do You Need Knee Pads For Volleyball Tryouts?