Amsterdam also registered a victory on the fourth day of play in the Women’s Dutch big league. Thanks to the 5-0 win in The Hague against HDM, the team of coach Robert Tigges also took over the lead from SCHC on Sunday. National champion Den Bosch took three points after two defeats after the meager 1-0 at Tilburg.

Pinoké has also kept the undefeated status after the fourth match day. In the Amsterdamse Bos, Little Switzerland was defeated 2-1. The winning goal was scored by Maria Steensma. Incidentally, it was only Pinoké’s third victory in the last nine home games. Little Switzerland suffered its fourth loss in a row and is last in the Dutch big league with no points.

After three home wins in a row against HGC, Bloemendaal lost out to the team from Wassenaar. Bloemendaal repaired a 2-0 deficit thanks to two goals from Demi Hilterman, but the goal by Margot van Geffen was ultimately too powerful for coach Dave Smolenaars’ team. It was HGC’s second win in a row and Bloemendaal was left empty-handed for the second time this season. 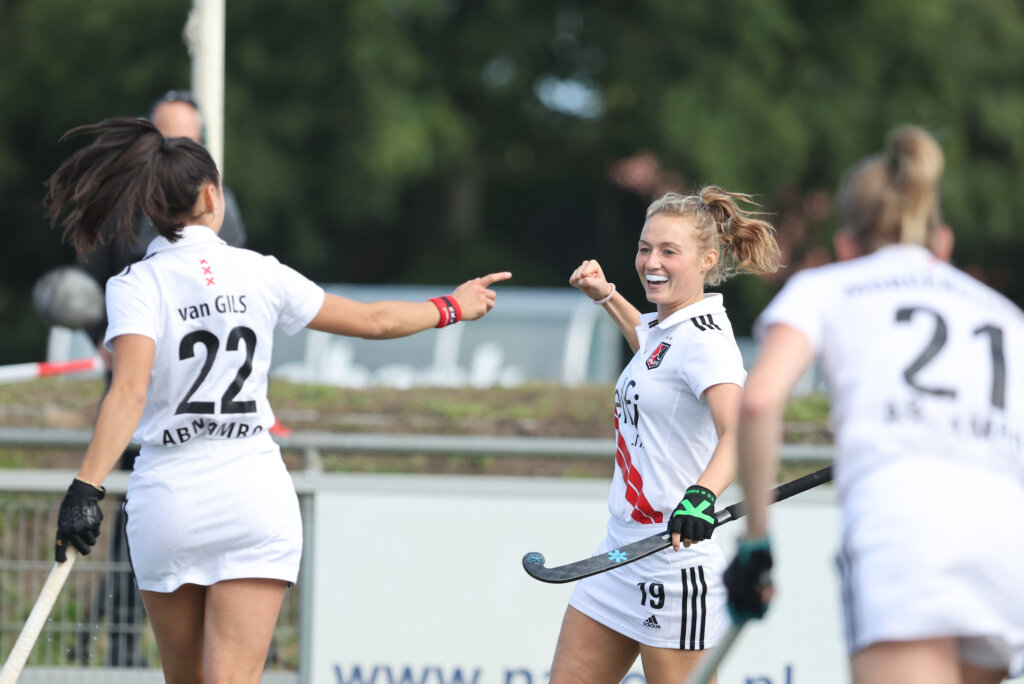 Read the report of the duel between HDM and Amsterdam

It was the first time that the two teams met at the highest level. After two defeats in a row and the worst league start after three matches since the 1994-1995 season, Den Bosch won this time with a minimal difference from Tilburg. The only goal was scored by Frédérique Matla. It was her first goal of the season for Den Bosch and her 125th in the Dutch big league. Tilburg suffered its third defeat in four competition matches.