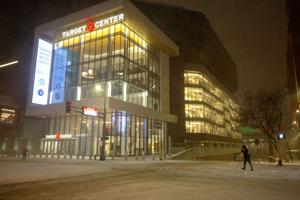 The Big Ten will soon be taking its championship footprint to the Twin Cities.

The Big Ten also announced that the 2022, ’23 and ’24 conference football championship games will be in Indianapolis. Lucas Oil Stadium has been the host to the game since its inception in 2011.

The Big Ten women’s tournament will be leaving Indianapolis for the first time since 2015 when the tourney took place in the Chicago area.

No. 9 Virginia Tech guard records triple-double in rout of Nebraska

Nick Irvine: A game of hockey is also about theatre

National Inclusion Week: Sirona Health partnership shows how badminton is for all

Chip with Your Hybrid and Save Shots

FIH: Ireland And South Africa To Face Off In The Finals Of The Inaugural FIH Hockey Men’s Nations Cup South Africa 2022