CHARLOTTE – Max Homa hounded U.S. Presidents Cup Captain Davis Love III for the better part of the year that he wanted to be on his team. On Friday, he delivered on his captain’s pick by holing two clutch putts to secure a 1-up victory with fellow rookie Billy Horschel in their four-ball match against the Canadian pairing of Corey Conners and Taylor Pendrith.

Homa, who captured his fifth PGA Tour title at last week’s Fortinet Championship in Napa, California, was asked to compare winning a team match to winning an individual title and he didn’t hesitate in giving his response.

Making this team was a dream come true for Homa, something he considered to be “unthinkable” just five years ago as his career hit rock bottom. He figures he’s hit somewhere around a million golf balls since then and beyond the inflated balance in his bank account, he pointed to making the U.S. team as a symbol of his success.

“You can like quantify it and you can say, dang, like I made this,” he said last week.

Still, he came to Quail Hollow this week with something to prove. He’s heard the haters and doubters on social media who question whether he would have been selected for the team if Dustin Johnson and other LIV defectors weren’t ineligible for the team. It only serves as fuel.

Homa got his feet wet in Thursday’s foursomes, earning a point alongside Tony Finau for Team USA. He understood exactly how Billy Horschel felt as he made his debut in an atmosphere unlike anything he’d ever experienced.

“There’s so many people, you can feel them on the back of your neck,” Homa said.

The U.S. built a 2-up lead on the front nine despite Homa being shut out of birdies. He contributed his first at the par-5 12th hole, but the Canadians didn’t go down without a fight. The match was tied on the 17th hole when Pendrith’s 19-foot birdie putt horseshoed out. The door was open for Homa to win the hole and he poured in his 11-foot putt and pumped his fist in jubilation. Only days earlier, during his pre-competition press conference, he had said, “I don’t know if I’ll ever have the swag and the cool factor to run around on the green like Tiger and do fist bumps. I think about it and never do it and just wave.”

But there he was pumping his fist, lost in the moment and the euphoria of playing for his country and 40,000 fans cheering him on, not to mention his 11 teammates.

“I feel very thankful. I’m not super, super close with anybody on this team, but I have always respected and gotten along with everybody, and it’s been amazing to watch these 11 other guys who are incredibly good, incredibly acclaimed, so many accomplishments, cheering us on coming down the stretch,” Homa said. “I’ve been in the last match both days, and to be able to see that is special for me.”

Team USA headed to the 18th hole clinging to a 1-up lead, but Pendrith buried a birdie putt from 13 feet and it looked as if the International team would salvage a tie and a half point. Homa eyed an 11-foot birdie putt to try to answer and claim a full point for his team. He said he felt the weight of trying to win the match for his teammates but also this is what all those hours on the practice green had been for. The putt dropped and Homa pumped his right fist again and again. Tiger would’ve been proud of his effort and the primal scream Homa unleashed.

MAX HOMA FOR THE WIN!

What a moment from @MaxHoma23 to secure the final match of the day @PresidentsCup. pic.twitter.com/bihHgY2M2P

Later, when asked about his celebration, he said, “I don’t think I said I don’t do fist pumps. That might have been Cam Young. One time J.T. almost punched me in the face with an uppercut fist pump. So he showed me how to do it. Yeah, I think you might have been thinking of Cam Young. I think he just grins when something good happens.”

But there was no doubt that it was a side of Homa golf fans had never seen before.

“Max Homa is in full show-off mode,” said Azinger, “what a moment for this guy.”

That’s the power of these biennial team competitions, where a gold cup and not piles of green paper is the currency of the day.

The crowd broke into a frenzy. Homa chest-bumped teammates. Horschel rushed to hug him and the rest of his teammates weren’t far behind. The U.S. lead grew to 8-2.

“I mean, I was nervous as could be over that putt, but it was fun,” Homa said. “I was telling my wife, when we talk about things money can’t buy, money cannot buy that feeling. And that was something that I will remember forever, and I will tell anybody who ever wants to hear about it how that felt.” 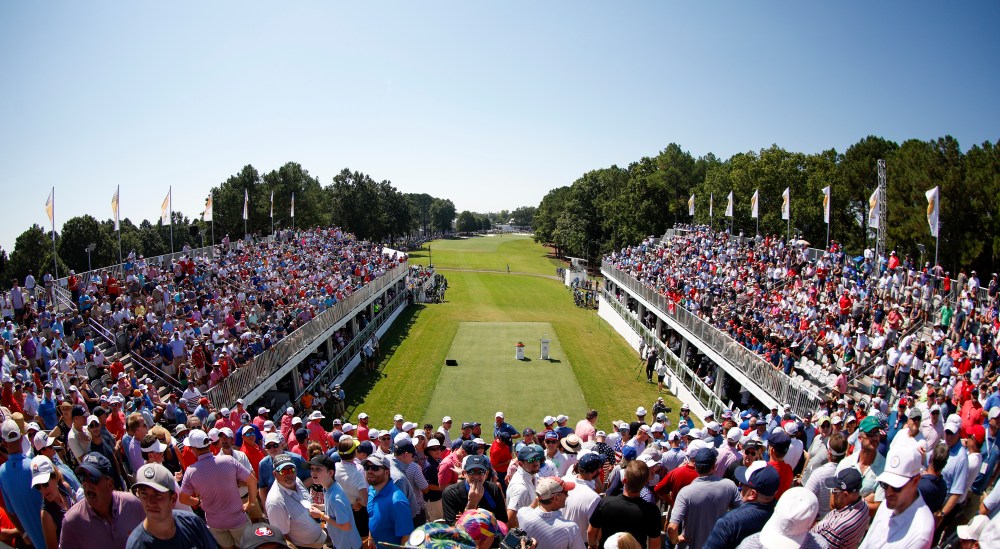 How Far Away From the Ball Should You Be

Tim White – new to the coaching staff of the Red Panthers

What were they playing for? Steve Waugh questions logic of Australia-England ODIs immediately after T20 World Cup 2022

Evan Mobley’s Teammates Impressed With His Development In Year Two

NASSAU, Bahamas – Jon Rahm can pinpoint when his voice in the game started to be heard....