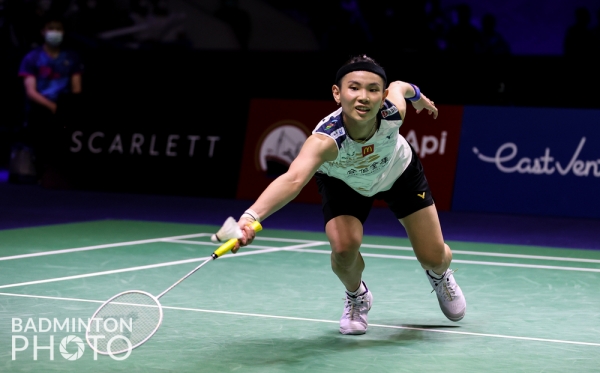 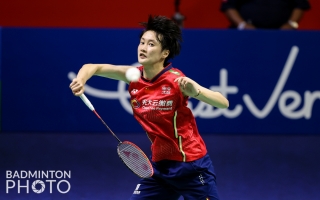 Despite full support from local fans, Tai actually fell behind and failed to win the first game. She was forced to admit a 10-21 loss to the Chinese. Even in the second game, the Tokyo Olympic silver medallist still couldn’t get out of pressure and tended to fall behind her opponent. Chen actually got a match point opportunity at 20-18.

“Honestly, I already thought that I would lose, when she had match point first,” admitted the #2 seeded.

Armed with a small amount of faith in herself, Tai, who won gold in this very stadium at the 2018 Asian Games, finally succeeded in forcing a rubber game after taking a 26-24 advantage in the second game. 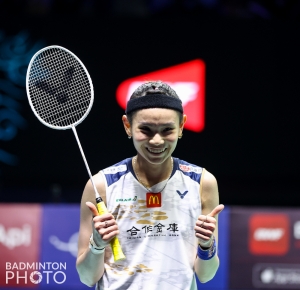 “There was still belief in me that there was still a chance to win. I tried to defend and I managed to win in the second and third games,” Tai said.

Not wanting to lose the start, Tai accelerated the tempo of the game and overwhelmed the Tokyo Olympic gold medallist. She advanced to the final with a convincing score of 21-12 in the deciding game.

In the final match, the world rank #2 will face a non-seeded player from China, Wang Zhiyi (pictured below), who had earlier confirmed her ticket to the final after winning against her compatriot He Bingjiao with a score of 21-15, 21-10.

This meeting will be the first meeting between these two. Tai herself did not put up a strategy that was too grandiose. She will try to focus more on her own abilities. 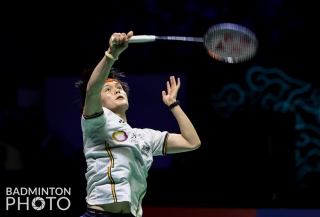 “I have never met Wang Zhiyi before. But from what I know, she is a tenacious and stable player, the same type as Chen Yufei. I will try to focus more on myself so I don’t make too many mistakes,” said the 27-year-old.

If in the final, Tai manages to win, the title will be the third Indonesia Open title she has collected. Previously, the newly crowned Thailand Open 2022 winner had won the same title in 2018 and 2016. In addition, winning this title will be one of the early gifts for her as she will have her birthday the next day, June 20 to be exact. 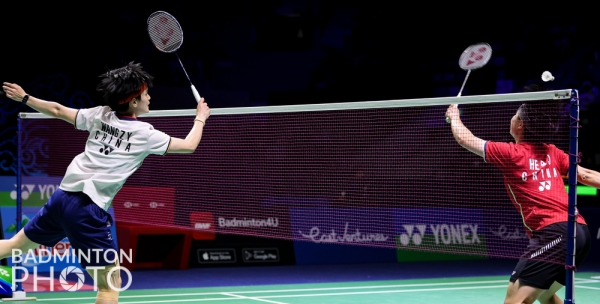 5 Badminton Tips (+ How Often You Should Practice for Best Results)