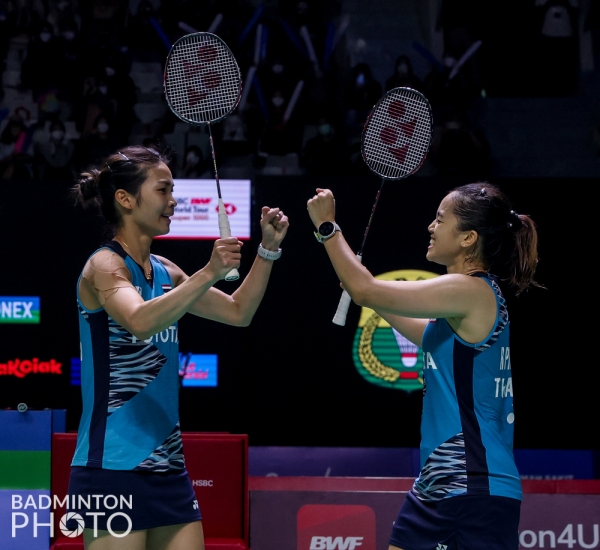 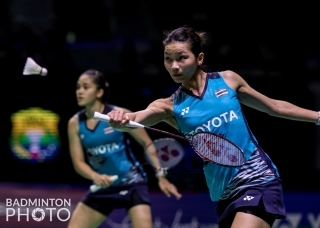 After 13 defeats in their previous meetings, Kititharakul / Prajongjai finally managed to win against China’s Chen/Jia for the first time. The newly crowned Indonesian Masters champions were denied a follow-up title when the Thais defeated them in straight games 21-19, 21-15.

After the match, the Thai pair was in great spirits: “We were really happy about our performance because we never beat them for the last 13 meetings. This is our first win against them,” Kititharakul said.

“We always had an expectation to win if we met them on court, but we were not able to make it happen. This time, finally our time to win has come,” Prajongjai added. “Every time we met them, sometimes we could win the first game but not the second and the last game. That was our ‘homework’, to figure out why we couldn’t end the match against them well. 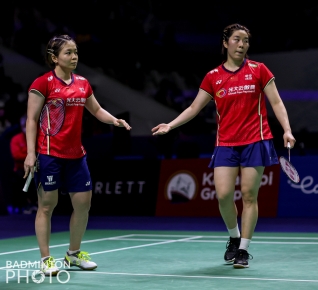 “But today, we finished our homework and won today’s match in straight games,” said the 29-year-old.

The Thais also admitted that in fact there was no special tactics that they prepared for today’s match, but pointed to the condition of their opponents, who looked tired after playing right upuntil the final round the previous week.

Jia Yifan also confirmed this: “We weren’t in good shape today after we had played seven matches before. But I don’t want to make that an excuse, because today our opponents played very well. Their attacks are also very strong,” said Jia.

In the semi-finals, the 2017 Sea Games Champion pair will face the 6th seeded pair from Japan, Nami Matsuyama / Chiharu Shida. 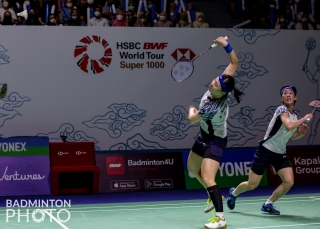 Meanwhile, in the other half of the women’s doubles draw, Korea’s Lee So Hee / Shin Seung Chan managed to get revenge for their defeat at the Indonesia Masters last week. The world #2 pair managed to beat the rising Indonesian stars, Apriyani Rahayu and Siti Fadia Silva Ramadhanti.

Lee/Shin confirmed their spot in the semi-finals of the Indonesia Open 2022, winning 21-14, 21-19 in a 52-minute match.  Waiting for them in the semi-finals, is another Japanese duo, Yuki Fukushima/Sayaka Hirota, a pair the Koreans have only beaten once in seven meetings. 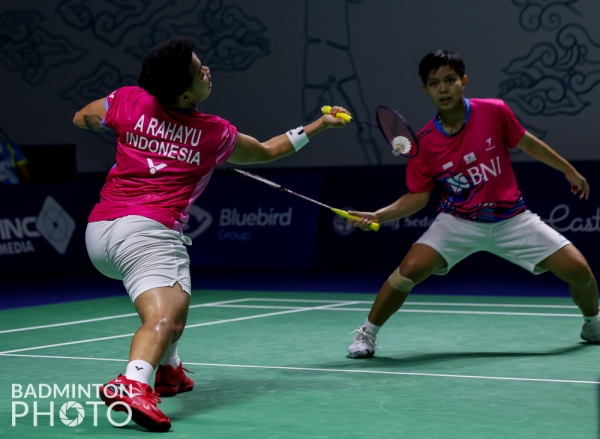 It’s only appropriate that Halloween looms around the corner because the Charlotte Hornets are officially spooky; fantasy...