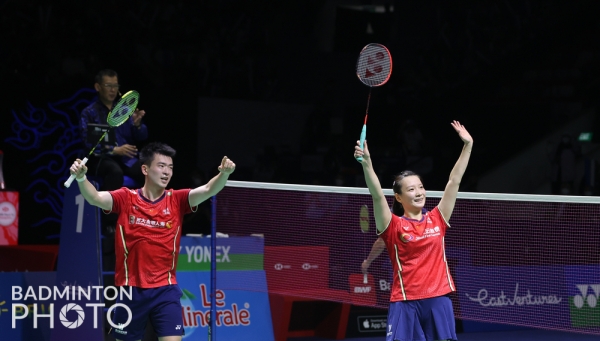 Zheng Siwei / Huang Yaqiong won their second title in as many weeks on the Indonesia leg of the BWF World Tour.  The The Tokyo Olympic silver medallists defeated the #3 seeded pair, Yuta Watanabe / Arisa Higashino 21-14, 21-16.

In the 41-minute match, the newly crowned Asia Champions appeared so domineering that it made it difficult for their opponents to develop a game strategy.

The Tokyo bronze medallists tried to get out of the pressure by mounting their own fierce attacks in the second game. Zheng/Huang also lost focus and made their own mistakes until the score was tight to 16-16.  Trying to get up and play more patiently, Zheng/Huang immediately took points quickly and closed the match with a final score of 21-16.

“In today’s match, we actually played pretty well, it’s just that in the second game we made a lot of unforced errors. We tried to play more patiently and luckily we were able to win again,” Huang said after the victory 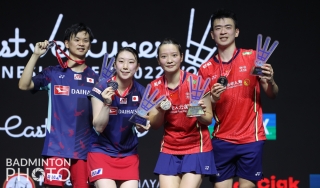 “This title means a lot for both of us. Of course this is a huge motivation that we can still compete with the top elite players and also builds our confidence as a solid partnership,” said Zheng.

Zheng Siwei also revealed the secret of how he and his partner can play consistently. Even in the midst of physical exhaustion, they can still win successive titles.

“Before a match, we usually always evaluate and study our opponent first. This is what allows us to focus on every match we face,” said Siwei.

This victory, in addition to being their second Indonesia Open title – they previously won in 2019 –also brings to four the pair’s collection of titles during the 2022 season. Previously they managed to emerge as champions in the Thailand Open, Badminton Asia Championships, and last week’s Indonesia Masters. 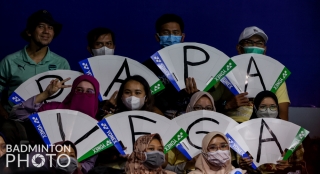 The public of Istora Senayan Jakarta was really spoiled by the appearance of Denmark’s superstar, Viktor Axelsen. The world #1 confirmed his step to the final of the Indonesia Open after winning through an intense match against Lee Zii Jia, 19-21, 21-11, 23-21 in the semi-final match which was held on Saturday.

In Sunday’s final, he did not experience any major difficulties against the representative from China, Zhao Junpeng. With ease, the Indonesia Masters champion locked the victory with a final score of 21-9, 21-10 in 38 minutes.

“It feels really good to be able to win at this legendary place, especially when I won a title in a big tournament,” said Axelsen.

“I tried to play fast throughout the match. Luckily, I was able to control the game well until the end,” he added. 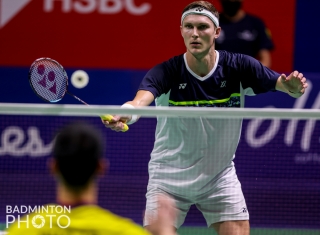 The Tokyo Olympics gold medallist is also loved by the local community, not only himself, but also his small family. Axelsen’s son, Vega Rohde Axelsen (pictured bottom) or who is familiarly called Baby Vega also makes many people fall in love with his innocence. Even since yesterday’s semi-final, the public has not stopped supporting him by shouting “Papa Vega”, which means “Vega’s dad”.

“I have beaten a lot of big players here like Lee Zii Jia in yesterday’s semi-final. I’ve been playing intensively for 2 weeks, so after this I want to recover and celebrate a little celebration with my family,” admit Axelsen.

In addition to it being a two-week streak, with this title, Axelsen also managed to defend his Indonesia Open title which he previously won in 2021. 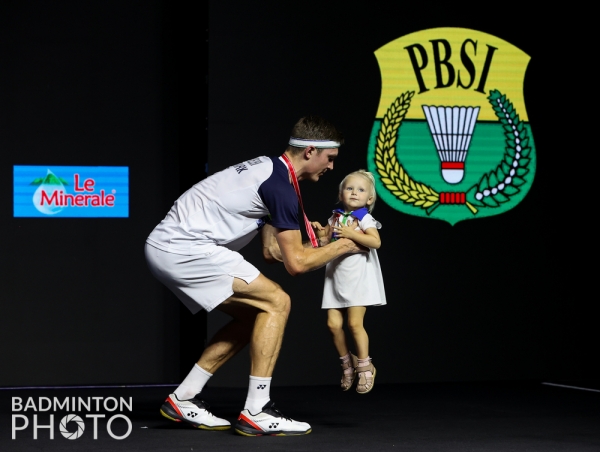 Expected vs. Actual SO% - Coaching Volleyball