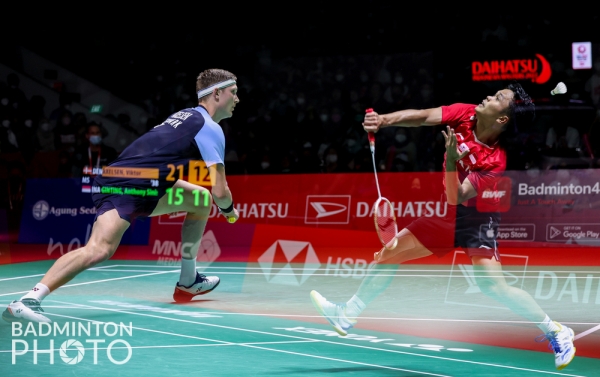 Viktor Axelsen has once again successfully reached the final round of a BWF World Tour event.  This time, the Tokyo Olympic gold medallist advanced to the final of the Indonesia Masters 2022 after defeating the host, Anthony Sinisuka Ginting. 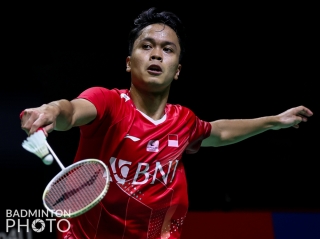 A repeat of a men’s singles classic occurred again in the Indonesia Masters semi-final round, bringing together the world’s #1, Viktor Axelsen with Indonesia’s favourite, Anthony Sinisuka Ginting (pictured right).  In their 11th meeting, Axelsen again dominated the match.  He won easily through straight games 21-15, 21-15.

In the 48-minute match, Ginting could not develop his own game plan.  Despite the full support of the local crowd that filled the Istora Senayan Jakarta, the world #6 was forced to cede victory to the European.

“I think I played really well today.  Ginting is always really tough to beat on his home soil.  It was really tough for me but I managed to keep my game plan in the most important part of the game so I am really happy about my performance,” said Viktor Axelsen (pictured below). 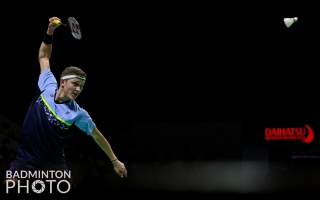 Although he did not encounter any significant difficulties, the 2022 All England champion admitted that he always expected to undergo a tough match when he faced Ginting.

“I always expect to play a really long game when I play with Ginting.  He is a top player but today I was playing better in the crucial part of the game and that’s why I managed to win,” he added.

With this victory, Axelsen will face Chou Tien Chen (pictured below) in the final match which will be held on Sunday.  The world #4 from Chinese Taipei also managed to secure a ticket to the final round after defeating the newly-crowned World Champion, Loh Kean Yew, through a fierce rubber game.

The first game was fierce with both players exchanging attacks.  Appearing more dominant, the third-seeded Chou managed to lock the first victory with 21-16. 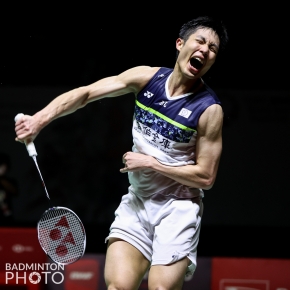 However, Chou seemed to lose his rhythm in the second game.  He was trailing 2-11 at the interval.  Loh turned to dominate the match as he got a lot of opportunities to attack from the opponent.  Also, the wind condition seems to be one of the main reasons for his dominance.  In the end, Loh forced the rubber game as he won 8-21.

“The wind condition in the second game was different, so I picked up the speed.  Luckily, things are working out for me,” admit Loh.

A fierce battle occurred again in the decider as both of them rallied to get on the attack.  Tensions had occurred when it reached points 19-19.  In critical point, Chou appeared more focused and finally closed the match with a 21-19 victory.

“It was a tough match, he was very fast and I tried to follow his rhythm.  I tried to force him to make mistakes.  In the end, I was so happy with my performance today,” Chou said.

“It was amazing, we both played a really good game.  In the end, it could be anyone to win,” said Loh Kean Yew (pictured bottom).

“Tomorrow is going to be tougher, so tonight I will just try to recharge my body and prepare for the final,” Chou added.

Tomorrow’s meeting will be the 16th meeting between Axelsen and Chou.  Neither player has won the Indonesia Masters title since the event was first held in 2010.  So, who will win tomorrow’s match? 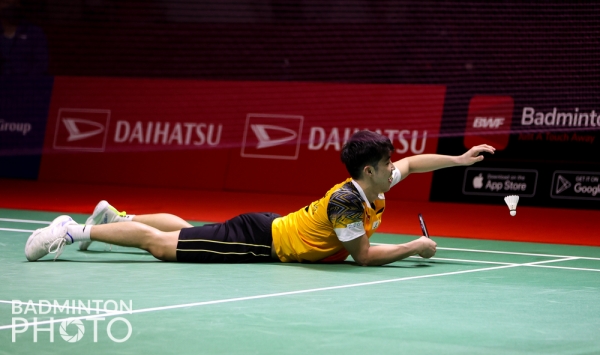 Meet the semifinalists at the 2022 U.S. Women’s Amateur

The 2023 Rule Changes Are Here, and They’re All Good

Sign Up for our Newsletter Receive our free newsletter and be the first to see our volleyball...