“I always carry this chip on my shoulder” 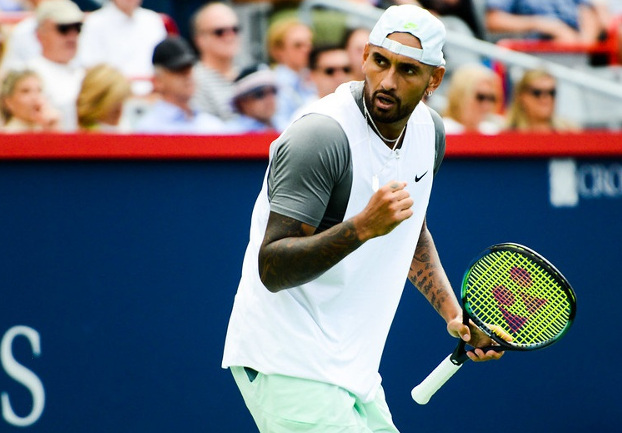 Flushing Meadows, NY—Nick Kyrgios has turned a corner in 2022, and the Aussie is heading into the second week as one of the players that could potentially rock the draw and come away with the title in New York.

But the task ahead is not a simple one. For Kyrgios to proceed at the US Open he’ll have to engineer his third career win over a reigning World No.1. It may sound like a long shot, the 23rd-seeded Aussie is liking his chances ahead of his round or 16 clash with Daniil Medvedev.

Speaking to reporters after his third-round win over J.J. Wolf, the Aussie said he lives for these big stage moments.

“I just feel like I’ve always kind of, as a tennis player, as an athlete, with any profession, you kind of want to be in those moments,” he said. “I don’t want to be playing futures or challengers on backcourts with no crowd. That’s not why I play this sport. That’s not why I pick up a racquet.

“I want to be playing on the biggest stadiums in the world in front of millions of people broadcasted globally. That’s where I want to be. That is why I work hard. It makes it even sweeter.”

The Wimbledon runner-up has turned a corner in terms of his career, and he has proven that when he takes his tennis seriously he can be more than a player that can produce an earth-shattering upset every so often Now he has morphed into a player that can do it consistently.”

Haters be damned, says Kyrgios. He welcomes the doubters and finds motivation in negative press. Even when the narrative is positive around him, which it clearly has been of late, he finds a way to zero in on the doubters.

And when it comes to self-belief, Kyrgios has it in spades. He may not win against Medvedev on Sunday, but if he loses, it won’t be for lack of belief.

“I embrace it,” he says. “Win or lose, I’m proud of how far I’ve come. I’ve worked hard to be in the fourth round against the US Open, hopefully against Medvedev. I want to be there. I think that’s where every tennis player wants to be, playing the best players in the world in the best stadiums in the world, getting paid well. I’m looking forward to it.”

Entries are Open for the 2022 Irish Junior Classification Tournament

Volleyball, Kiting And Other Beach Activities Popular In Dubai