One of the world’s most popular volleyball players celebrates his birthday today at the FIVB Volleyball Men’s World Championship 2022. Japanese star Ran Takahashi turns 21. With his team preparing for their Round of 16 clash against reigning Olympic and VNL champions France on Monday, there will hardly be any time for festivities, but we wish Ran all the best for his anniversary. 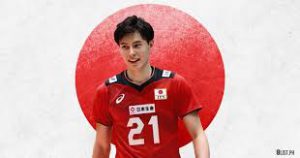 The 1.88m-tall outside hitter is one of Japan’s key players in Ljubljana. Ran was his team’s second best scorer as they finished runners-up to Brazil in Pool B and earned their spot among the best 16 of the World Championship. He contributed a total of 25 points, including an ace and a block.

He was also Japan’s best defender so far. His 14 digs translated into a ninth place in the best diggers ranking of the competition.

Takahashi joined the national team when he was 19 years old and immediately left a great impression at both the Volleyball Nations League 2021 and the Tokyo Olympics. Later last summer, he earned his first medal, an Asian Championship silver.

Shortly after that, straight out of his college team, he made his way to Italy to join Kioene Padova and get his professional career underway. He will return to the club for his second season in the SuperLega later this year. 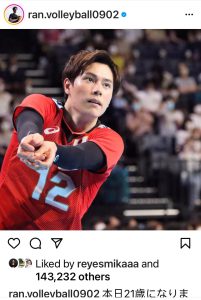 Ran quickly gained huge popularity among the fans. Earlier this summer, during VNL 2022, he became the first Japanese volleyballer to be followed by over a million fans on Instagram.

#EHCdaily 4 – The one with Shane McLeod and Maddie Hinch