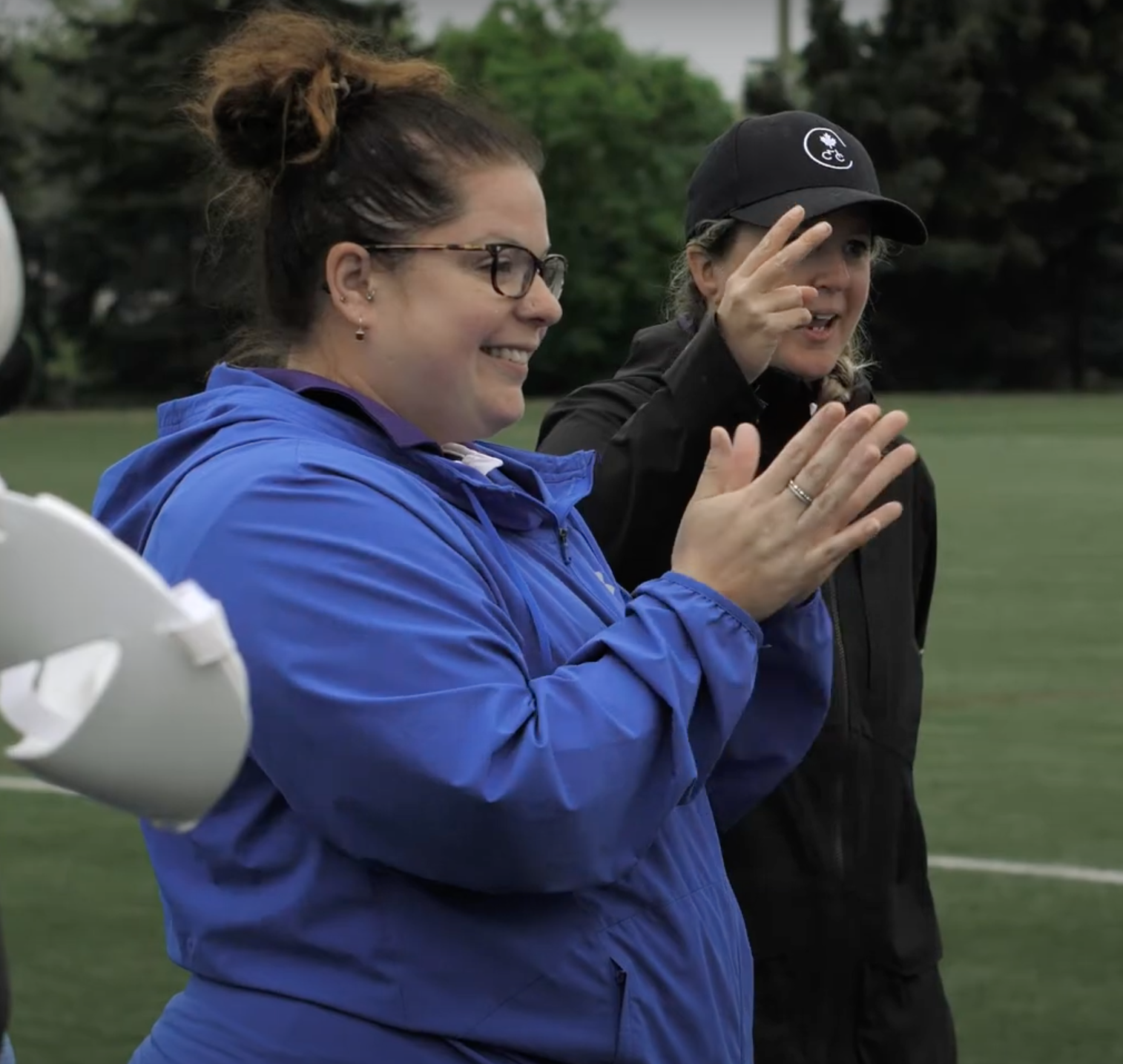 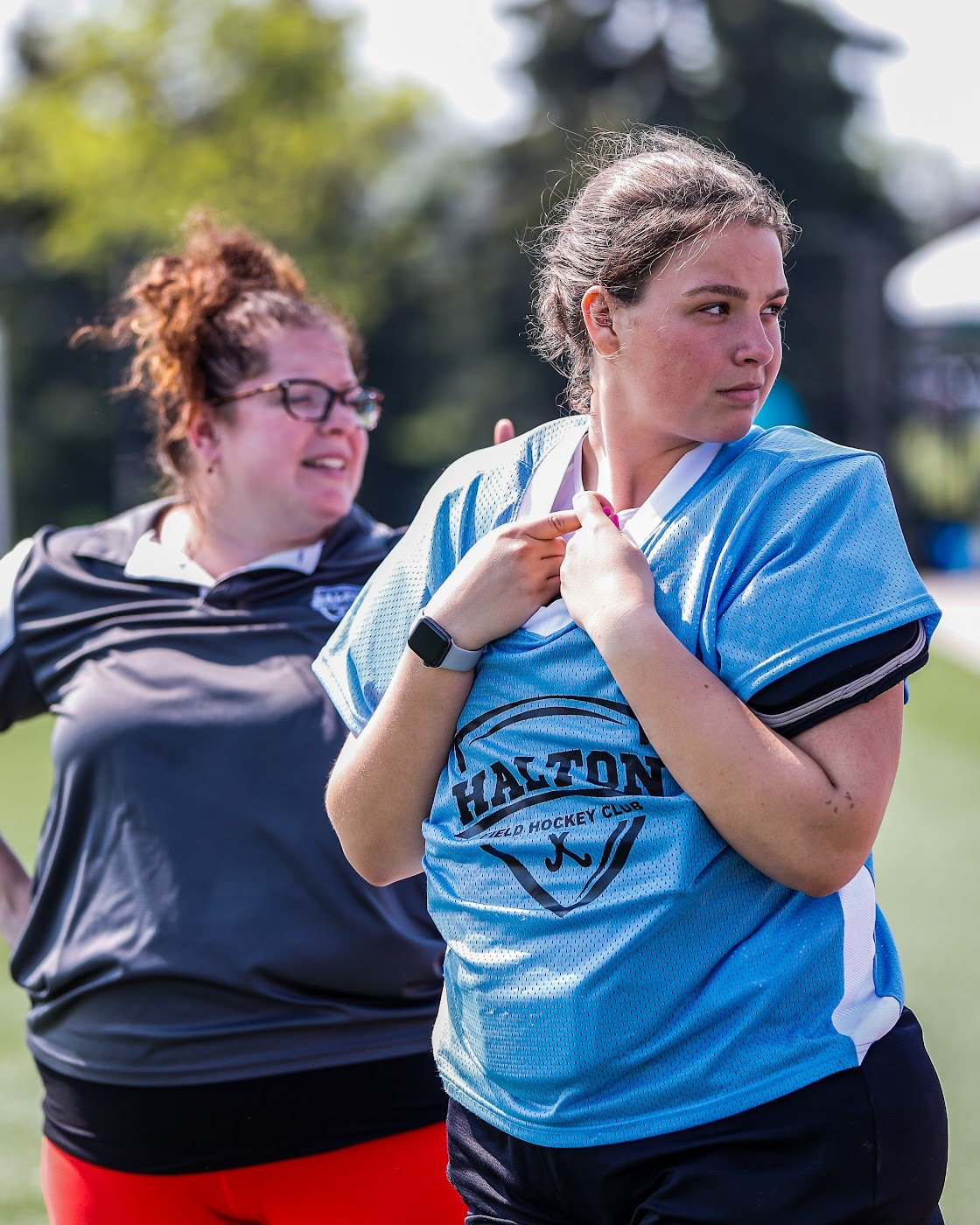 Please describe a brief background of yourself?

My Name is Rachel Spekking, I presently work for a policing agency offering critical incident response support to first responders.  My educational background is Bachelor of Arts, major in criminology and psychology as well as a bachelor of business administration.  I am looking to complete my masters in counseling psychology.

Hometown, where and when did you start to play Field Hockey? Did you play field hockey in College/University? If so, what school?

Burlington, Ontario.  I started playing in grade 9 at Aldershot high school. I was always an ice hockey player but fell in love with field hockey the moment I picked up the stick.  One of the toughest choices I had to make was to choose my university based on the program and unfortunately it did not have a field hockey team.  Out of my four schools, that was the only one at the time that was able to offer me the double major and I had to make a choice for my career over my love of the sport.  The good thing about field hockey is no matter what, there is a team you can play on to continue with the camaraderie and be able to stay within the community.

What made you decide to come back to the sport to coach, and why is it important for female athletes to be role models to younger girl athletes?

I actually started coaching at 16 years old as my junior house league team did not have a coach.  Then I graduated and headed to university and my best friend remained for a victorious year, she was able to continue playing for the regional team, so I came back to be assistant coach at 19 years old to keep being involved in the sport that I missed while at university.  My favorite thing about coaching is being able to be a role model for the younger athletes, not only in sport but in life.  My motto when it comes to coaching is that I want the athletes to leave better people than when they started, to be able to be successful in life, not just on the field.  I am trying to teach the athletes how to be confident in themselves, how to be comfortable losing and how to bounce back from a loss because they are going to come across many struggles in their lives and my goal is to teach them how to be resilient.

I have built relationships with many players over the years, my favourite memories all stem from seeing them succeed in both sport and in life.  Watching them get into universities, get jobs, build friendships and become confident in themselves.  Coaching athletes is so much more than the sport specific skills you can teach them, that is only a small part of what coaching is.  An athlete is so much more than just an athlete, they are friends, students, partners and everything in between.  When they come to the field, they bring their difficulties and successes and that can impact the way they play, so to only coach sport specific skills is only impacting a small part of who these athletes are as people, each one is unique in their own way.  So my favourite memory is watching those athletes succeed, and grow and develop into such amazing people. 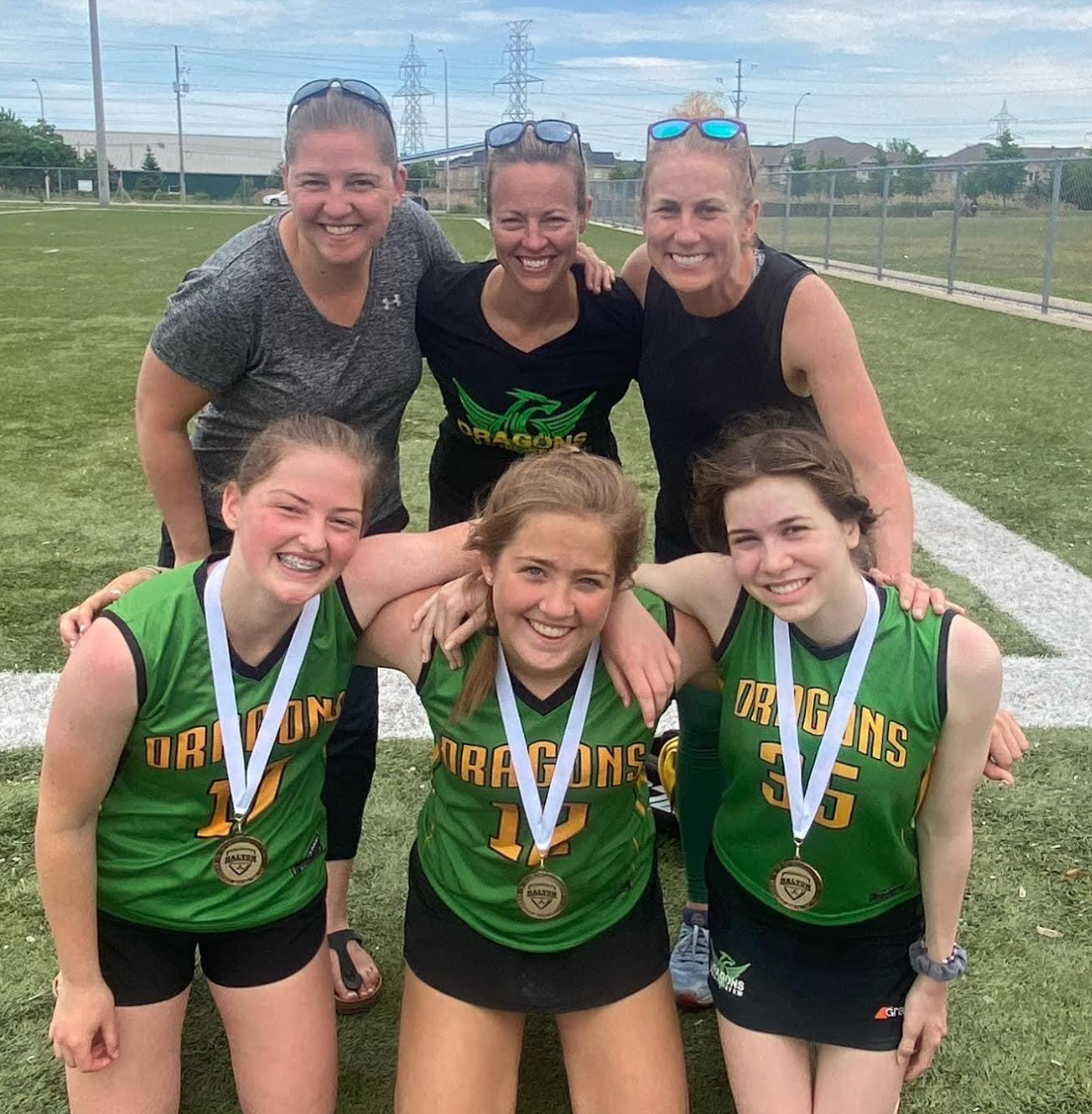 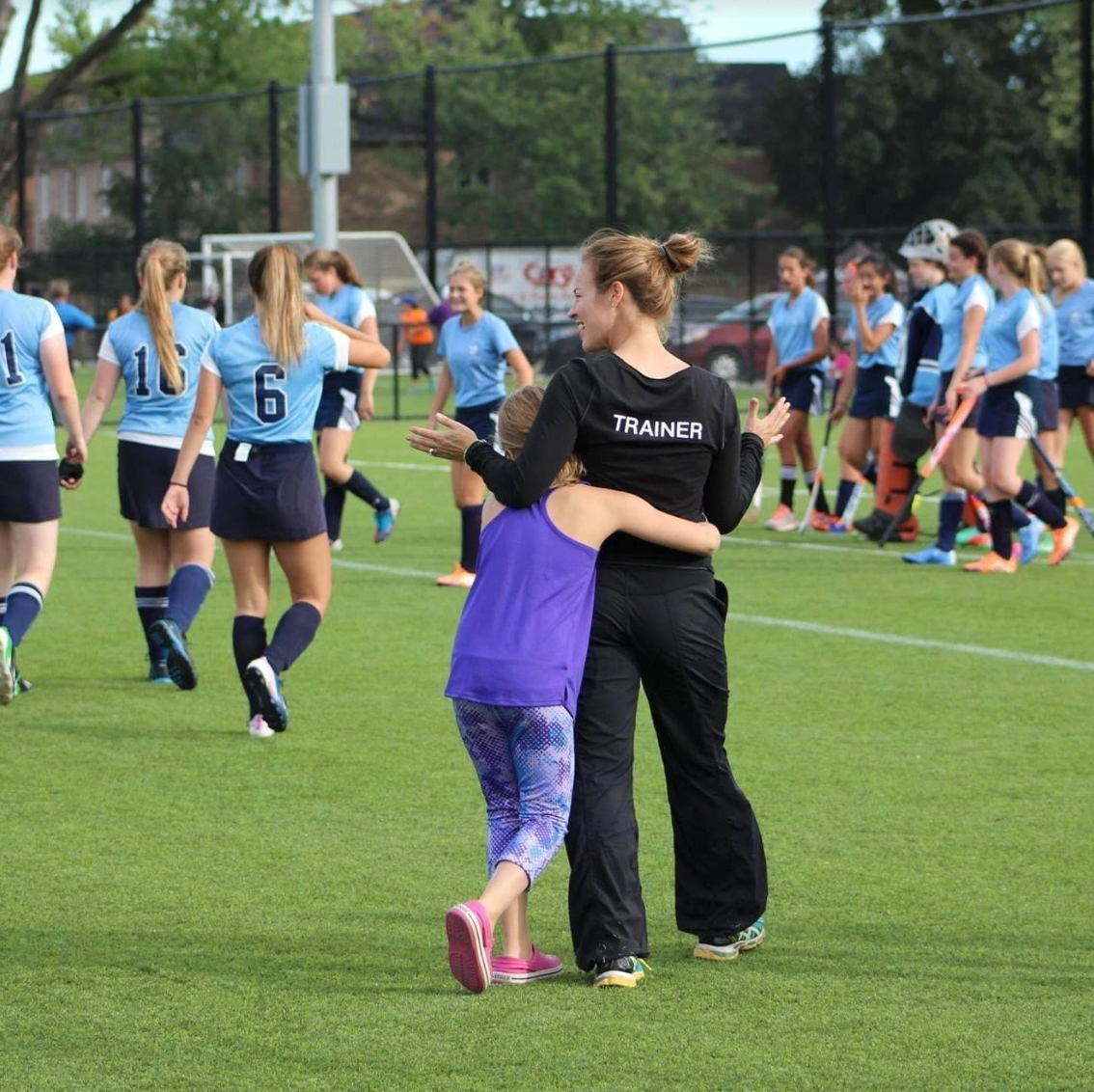 Please describe a brief background of yourself?

I am a physical education teacher/coach at Laurel Heights Secondary School in Waterloo, ON where I live with my husband and two kids. I have been teaching/coaching in some capacity for over 20 years now at a variety of levels.

Hometown, where and when did you start to play Field Hockey? Did you play field hockey in College/University? If so, what school?

I grew up in Waterloo and started playing field hockey in middle school and then continued on in high school. There was not a super strong club system at the time in Kitchener-Waterloo, but after leaving high school and saying goodbye to my softball career, I was fortunate enough to play at the University of Waterloo under the leadership of Sharon Creelman, a three-time Olympian, and alongside some extremely talented teammates that taught me so much about the sport.

What made you decide to come back to the sport to coach, and why is it important for female athletes to be role models to younger girl athletes?

Coaching came naturally as a part of my teaching career and also when my daughter was old enough to start playing. I think it is so important for young females to see themselves represented in their sport – whether it be coaching or officiating. I know personally it paved a path for me by having strong female role models to look up to, to learn from, and to try to emulate. Not only were my coaches talented athletes themselves, but they were also good people – I still stay in contact with many of them more than 30 years later!

There are so many amazing coaching memories I can reflect on – putting a stick in a 6 year old hands for the first time and watching her learn those beginner skills, growing a high school program at a brand new school and within 6 years finding ourselves as 3-time silver medallists at OFSAA (2010-2012) and then finally capturing OFSAA gold in 2013, or winning gold at May Meltdown this year in our first year with a competitive program within the KW Dragons Club system! Sport is such a powerful tool in so many ways. It is central to so many of my memories growing up, throughout my career and now as a parent. I wish everyone had the opportunity to experience it!

First-Ever ITTF Summit to Be Held This Year

DeGrom, DeGrom On The Rangers Where Seager And Adolis G Play