Davis Love III is on the go.

He’s more than 45 minutes into a phone interview with yours truly when he says he needs to drop me to hop on a podcast.

Already in the past week, he’s made appearances on the Fire Pit Collective and No Laying Up. Now who, I ask?

“I’m going on with Colt Knost,” he said.

Love, 58, has always been a friend to the media, so much so that in 2016 he was awarded the Jim Murray Award from the Golf Writers Association of America for his “cooperation, quotability and accommodation to the media.” But now, more than ever, Love is finding his voice to defend the way of life that has earned him nearly $45 million on the PGA Tour alone.

On the Fire Pit Collective, he called Phil Mickelson “a troubled soul,” and he told No Laying Up that the dispute with LIV Golf “just makes us look greedy and it’s sad.” Listening to Love, it sounds as if LIV CEO Greg Norman is the last person in golf he’d invite to his house for dinner.

“You know, Jay got burned for that a couple of months ago saying, ‘Trust the process, guys.’ Well, now, you’ve seen this first court thing, seen behind the curtain of LIV a little bit in court. We need to just trust the process.”

Love is rolling now and who am I to stop him? He continued:

“We’re in the middle of a corporate hostile takeover of our business. The guys who are staying are realizing I do own and operate this Tour. It’s built for No. 1 through 200 and not just for the top guys. We all have a voice. The problem with what Greg Norman brought up in 1994 and the problem with what he brings up now is it is more money for a few people. It’s not good for professional golf overall. What he wanted back then and what he wants now is for every tour in the world to feed to his tour and those guys make the most money and then cherry-pick the rest of the tours. Nothing has changed since 1994, just instead of $25 million from Fox he has two or three billion behind him now so he can make a lot more noise. 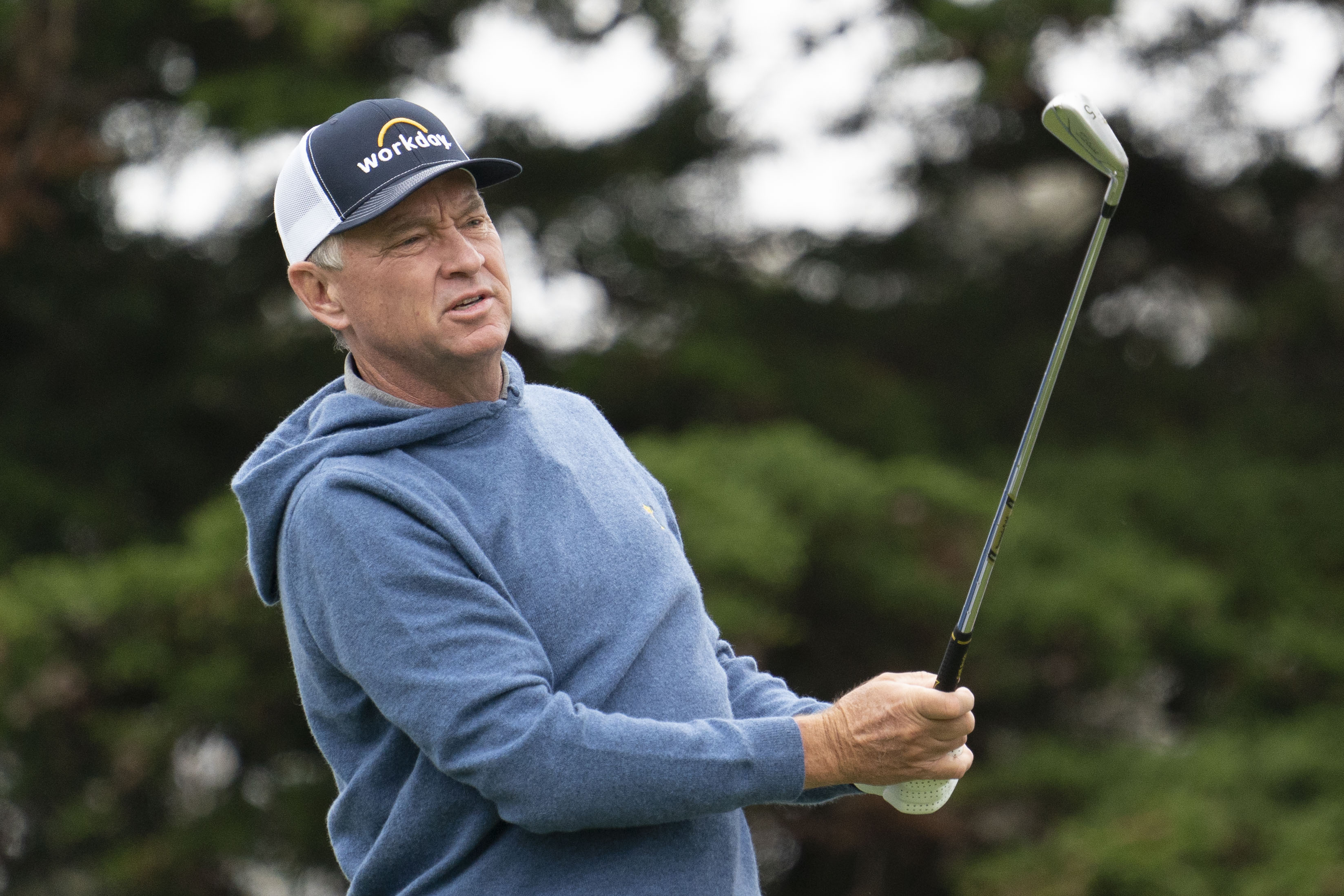 Davis Love III hits his tee shot on the 11th hole during a practice round of the PGA Championship golf tournament at TPC Harding Park. (Photo: Kyle Terada-USA TODAY Sports)

“I keep getting asked why didn’t the Tour sit down with him in the beginning? Why can’t they now? No, he doesn’t want to coexist. He wants the NCAA to feed to them, the Asian Tour, the DP World Tour, the PGA Tour to feed to them and then have the best players in the world to be able to go wherever they want to play outside of their tour. That’s why we’re having a player meeting where Tiger has to fly in (on Wednesday to the BMW Championship).

“The 150th guy on the PGA Tour is riding the bus that Tiger is driving. If the top guys are happy with where the bus is going and they aren’t selfish like other people are and want it to trickle down and have everybody have an opportunity to get where they got, then the bus is going to keep going down the road. That’s why Tiger got on an airplane.”

Love, who has served multiple stints on the PGA Tour board and owns and operates the RSM Classic in his hometown in Georgia, is Captain of the U.S. Presidents Cup next month in Charlotte. The Tarheel native says he didn’t want the job after twice being captain of the U.S. Ryder Cup team and numerous times as an assistant captain, too. It was time for new blood. But then Tiger told him that he and the other members of the group formerly known as The Task Force wanted him to do one more tour of duty.

Love called Tour Commissioner Jay Monahan, who said, “Look, you’re a lifer on the PGA Tour. You’ve put so much into the Presidents Cup. You’re going to be captain and Charlotte is the place to do it.”

“When Tiger and Jay and the rest of our group all point at you, I’m honored to do it,” Love said. “Now because of what’s going on it’s all worked out for the best. It’s a really good time for me and Zach (Johnson) and Tiger and a few other guys to speak on behalf of the PGA Tour.”

But as willing as Love has been to accept most any media request that comes his way, he’s never been this outspoken. That’s because his livelihood and love for the Tour has never been so under attack.

“I’m asking (Tour officials) every day, am I on the right track? Am I saying anything that is not true? Rein me in if you need to. And they’re like, ‘We’ll tell you but keep right on going. Say whatever is in your heart and that you believe.’ I’ve had a lot of players, fans and business people who’ve said thank you for speaking up. It’s my turn right now and then next year it will be Zach’s turn to speak for the players, the Tour and the team.”

These nine states have never hosted a PGA Tour event 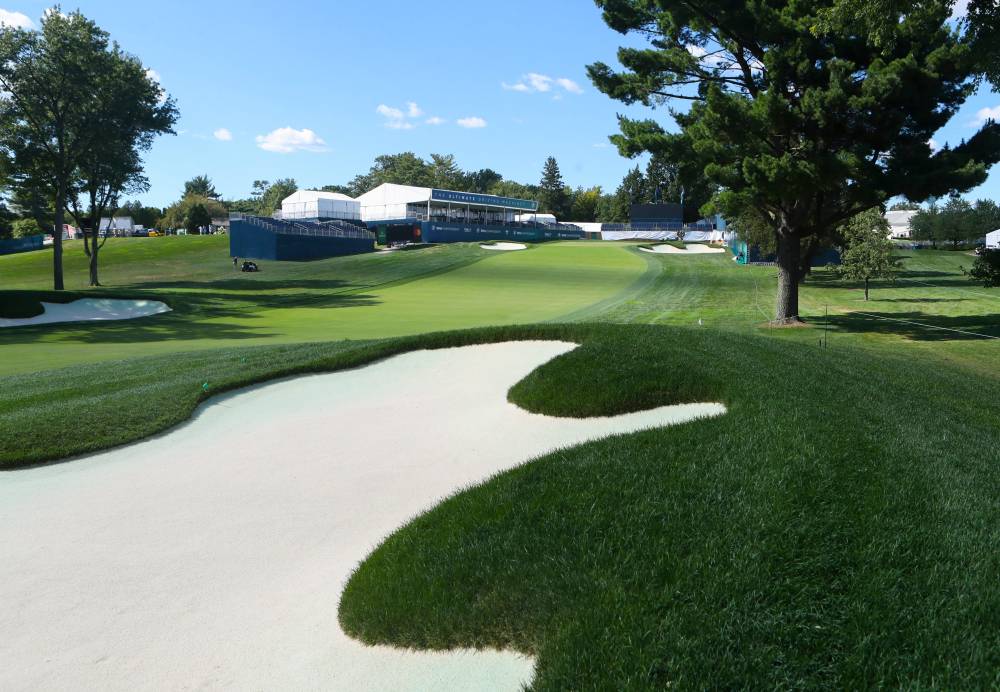 As the LPGA World Turns – September 2022

Indian Players Playing In The Hundred 2022

Wimbledon Recap: Djokovic and Rybakina Go All the Way in London