Nakhon Pathom, Thailand, August 6, 2022 – As implementing and maintaining strict protocols to reduce COVID-19 exposure continues to be a top priority for the staging of the 2022 AVC Cup for Men, the Control Committee and the local organisers decided not to conduct the General Technical Meeting and the Official Press Conference and as a result, brief interviews with coaches had been made during the Friday’s preliminary inquiry at Mida Grande Hotel Dhavaravati Nakhon Pathom.

A total of 11 teams will test their mettle in the topflight AVC Cup for Men at the 4,000-seater Nakhon Pathom Provincial Gymnasium here from August 7 to 14. They consist of Japan, Hong Kong China, China, Korea, Chinese Taipei, Iran, Australia, Pakistan, Bahrain, India and hosts Thailand. 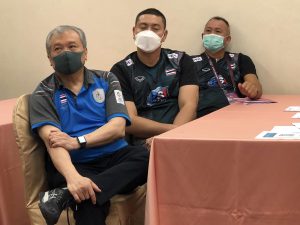 “Our training in preparation for this tournament is not that long because most of my players had just completed their campaigns in the Thailand Division A Tournament and Asean University Games Volleyball Tournament. They are young stars from Thailand League. My expectation is that my team will have to beat Hong Kong, China in order that we can next contest the round of last eight teams. However, with the presence of strong teams, our hopes cannot be that high. It’s likely that my team will compete in the classification round for 7th-8th places and if Pakistan is also advancing to that round, we will then have a chance to play a revenge match against them. Today (August 5), we had a friendly match against Iran and went down to them in close four sets.” 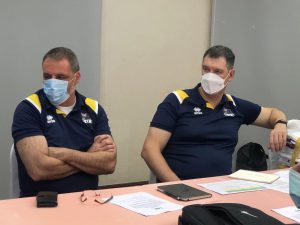 “Our team preparation for this tournament started in June. We had an opportunity to play in VNL and gained a lot of experience there. We also had the Challenger Cup last week in Korea. Our preparation is pretty good. Actually, we came to Thailand a bit early. We are a very young team, still learning. We try to find ourselves, to find the level. The teams in this tournament are very, very good. So, what we had expected is that we had a lot to do with the results and hope for the performance level. We will try to reach the level we have come to work with. But not knowing a lot of teams in this event as nobody plays for two years, it’s a big challenge and so, we focus on our level as well as our positive results.” 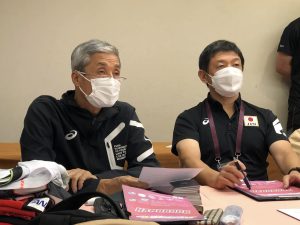 “We started our training for this tournament in early June in Tokyo and had a chance to play Argentina while they were preparing to compete in VNL in Japan. We are B team of Japan. Although every match will be very difficult for us, we will do our best. Our teamwork is improving and I think we have something to prove our ability in this tournament.” 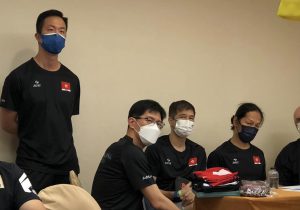 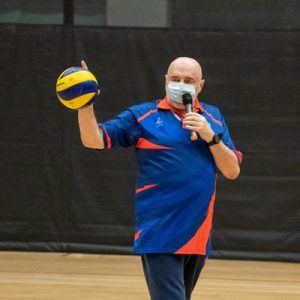 “As a project of FIVB, we try to change a little bit of situations and picture of Hong Kong, China volleyball. We picked up those with good physical conditions. Hong Kong, China is considered one of the weakest teams physically. This tournament is the first step for us to start putting inside young guys most of them born in 2005 and this is fantastic. This is the project. We try our best to make a good tournament, giving a chance for everyone to play. So, they will be strong and ready for the next year’s Asian Championship and the Asian Games. Our goal is in the tournament, but we play to fight for every ball, using this tournament as an international experience for my young players.” 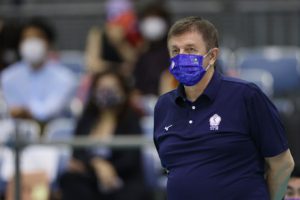 “My team is ready for this tournament. We have good preparation, only that we did not have more training matches. The first match is very important for us because it’s long time that we have not played even friendly matches. Technically and tactically, we still have a little bit problems. However, my team is ready.”

Everything You Need to Know About Badminton String Tension

Is He Scoring His Way Back Into Pakistan Contention?