China secured advancement to the second pool phase of the FIVB Volleyball Women’s World Championship 2022 after claiming a 3-0 (28-26, 25-17, 29-27) victory over Japan in a Pool D game at the GelreDome in Arnhem on Wednesday. 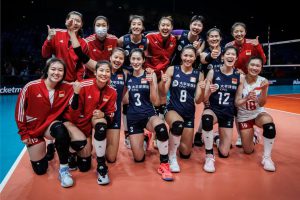 This way China stayed unbeaten in the pool and top the current standings on an impeccable record of three wins, nine points and a 9-0 set ratio, already enough to guarantee a top-four placement in the final Pool D standings. Before Wednesday’s remaining matches in the pool, Brazil vs Colombia at 15:00 local time (13:00 GMT) and Argentina v Czechia at 18:00 (16:00), the Brazilians stand second on 2-0 and six points, followed by Japan on 2-1 and six points, and winless Czechia, Argentina and Colombia on zero points apiece. The top four teams from each of the four round-robin pools will advance to the second pool phase of the tournament. 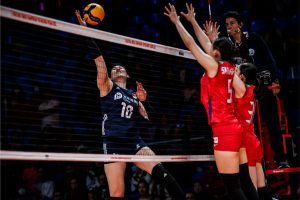 China outplayed Japan in all scoring elements, but most tangibly in blocking with 11 stuffs against just two. Middle blocker Wang Yuanyuan stood out with five kill blocks to her name, while outside hitter Li Yingying produced the match high of 19 points, all in offence, to share the top scorer and top spiker honours with her Japanese counterpart Arisa Inoue.

Middle blocker Haruyo Shimamura scored the first break point of the match for a 3-2 Japanese lead, but China reacted swiftly with five points in a row to 7-3, including a couple of aces by opposite Xiangyu Gong for 4-3 and 6-3. Japan battled their way back to level it 12-12 on a two-handed overpass kill by setter Nanami Seki, but China regained control with a four-point series crowned by an ace from outside hitter Wang Yunlu for 17-14. Japan caught up again at 19-19 on a spike by opposite Kotona Hayashi and prompted an exciting race for the set. It went point for point deep into the overtime until Wang Yunlu’s monster block for 28-26 put an end to it all in favour of China. 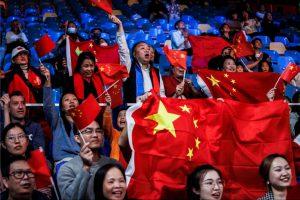 China broke away with a 4-2 lead early into the second set and never looked back. They completely dominated on the court with Li Yingying spearheading the offence. Producing points in batches of three or four, one of them highlighted by an ace from middle blocker and captain Yuan Xinyue for 11-6, the Chinese ran off with a wide lead and then kept pace to take the set. With an off-the-block swing, Wang Yunlu was again the one to close it off at 25-17. 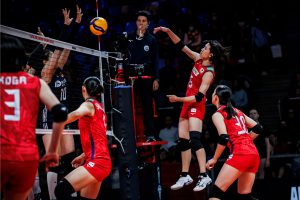 China started well in the third set too and quickly opened a three-point gap at 6-3. As Japan were trying to recover, they suffered an unpleasant blow in their captain Sarina Koga injuring her ankle upon landing after a block and leaving the court at 13-11. As if this incident, however, pumped her teammates up and soon they were in front with a 16-15 lead after two consecutive kills by Hayashi. They kept the pressure to widen their lead to 23-20 before China returned with four in a row, crowned by Gong’s successful swing for a 24-23 match point. An ace by Mayu Ishikawa turned the tables for a 25-24 Japanese set point. That and two more were denied before Yuan converted the next match point with a monster block to a 29-27 Chinese win. 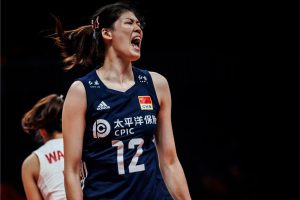 “It was a hard match, but we performed very well,” said Li Yingying after the game. “We came to the Netherlands one week before the start of the tournament, so everybody is well prepared and does their job as best as they can. This is why we won this match. Today my performance in attack was very good, but not so much my serve, so I hope it will be better in the next match.” 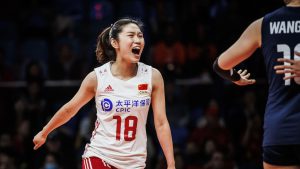 China’s next match is against Czechia on Friday at 14:00 local time (12:00 GMT). A quarter of an hour later, Japan will start their game against Brazil. 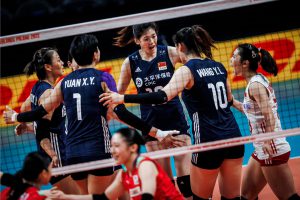 All I want For Christmas is… A Golf Simulator

Get Your Release Right with the Pump Drill